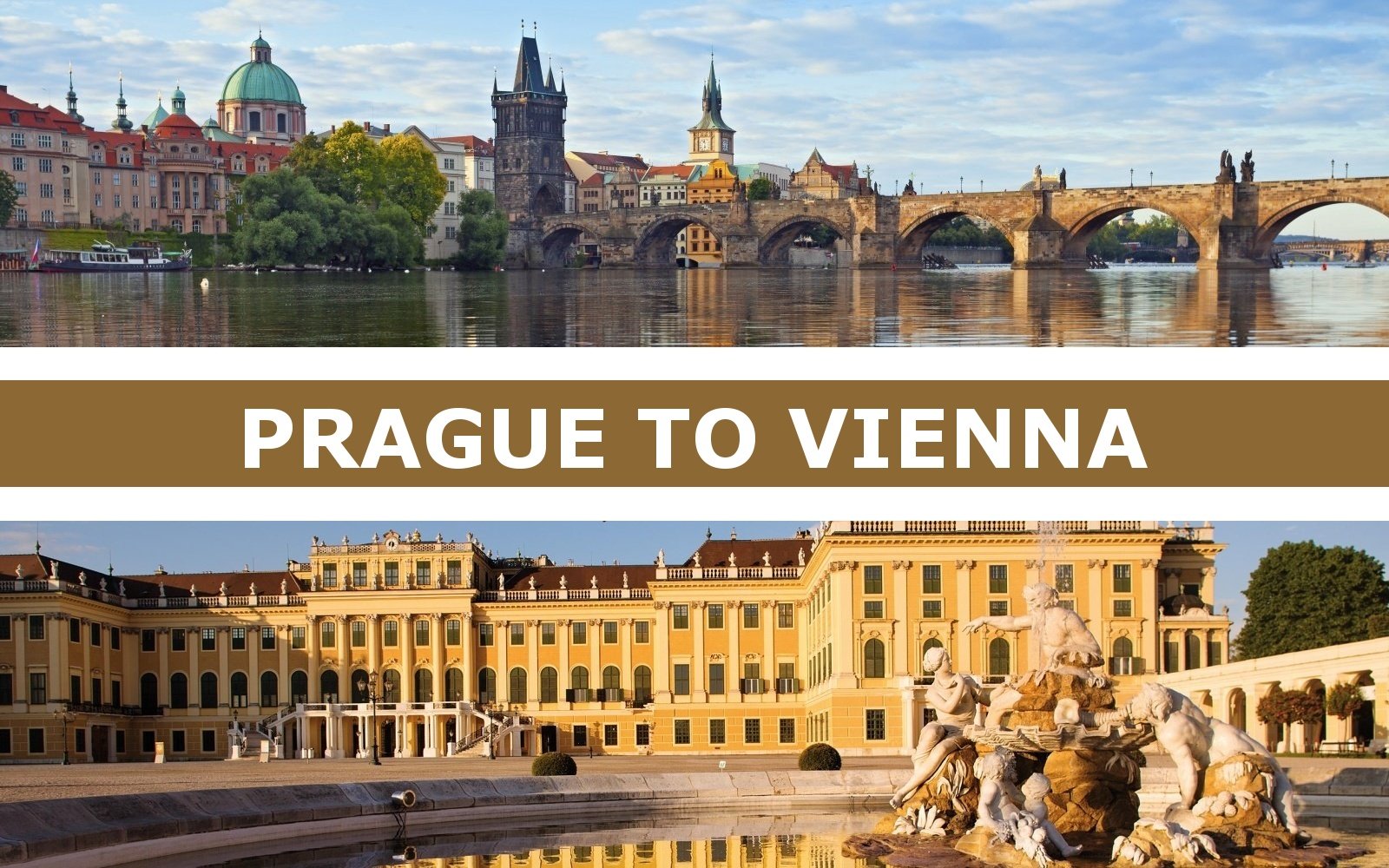 Prague to Vienna by chauffeured car

Traveling by a chauffeured car is the most comfortable, but also one of the more expensive options. The comfortable car transfer is sought by solo travelers or couples. Alternatively travelers that prefer privacy, often choose to self drive a rental car. Renting a car in Europe is easy. The problem is when return is done in other country than the country of the rental origin. When renting a car, the real deal is the car parking, which first can be expensive and second it can be very difficult.

Cost of a private transfer from Prague to Vienna is the most reasonable, if booked by 4 or 8 passengers. Maximum capacity of Skoda Superb is 4 persons and 4 pieces of luggage. Eight passengers can benefit from large Mercedes Benz Vito minivan. When you share the cost among 4 – 8 passengers, the price per person is pretty reasonable.

Advantages of self driven rental car and chauffeured car

Prague to Vienna by public bus

There are plenty of buses on the route between Prague and Vienna. Flixbus takes 4 hours and 5 minutes in average, RegioJet takes about 30 minutes longer. The costs of the ticket starts at 12.90€ per person. Prices are variable and depend on the time of the day and season. Flixbus departs Prague from UAN Florenc and the Main Train Station hub. The station in Vienna is called Erdberg. The RegioJet start at UAN Florenc in Prague and ends in Vienna at Main Train Station at Sudtiroler Platz). Both buses will drop you off right in the city center. If you travel without luggage or with small bag, bus can be very cheap and convenient way to get from Prague to Vienna.

Prague to Vienna by train

Trains from Prague to Vienna are available almost every two hours throughout the day and cost from 14€ per person. The connection is between the Prague Main Train Station (referred to as Praha Hl. N.; Praha Hlavni Nadrazi) and Vienna Hbf (HauptBahnhof – the main train station). Both train stations are in the heart of its city. Those who seek accommodation in the vicinity of the train station, can check the booking.com for available hotels. Staying near the train station can save you some expenses, as you will not need a taxi or other sort of transportation.

The trains are operated by Czech Rail, Austrian Railways and RegioJet. You can learn more about traveling in the Central Europe by train in our blog.

Do not get confused by the name of RegioJet, which is the operator of trains on the Prague to Vienna route and the railjet, which is the term used by both Czech Rail and Austrian Rail for the top-class train available. The letters RJ as well as EC can be then seen at the ticket, where RJ stands for RailJet and EC stands for the EuroCity.

All trains offer free Wifi, air condition, power sockets at all seats and relatively cheap fares. There are fewer trains by RegioJet per day.

There are minor differences between the trains ran by Austrian/Czech Rail and the RegioJet. The railjets are basically brand new trains and there is a at-seat food & drink service in first and business class at extra charge. The railjets have a proper restaurant for all passengers and there is drought beer on the tap. RegioJet does not offer the railjets. There is onboard foor and drink service. The service is available in all the classes but the lo-cost. Passengers are offered a free Italian coffee and bottled water.

Read more about what tickets to book and what the trains look like at the seat61.com, the in my opinion best train travel website out there.

The Austrian capital is known by many names. Whether you call it “The City of Dreams” or “The City of Music”, Vienna is one of the highest ranked livable cities in the entire world, and filled with exciting things both for tourists and residents alike.

Historically, Vienna is perhaps the most important city in Austria, and one not to be frowned-upon Europe-wise. Majestic palaces and antique buildings coexist with the more modern, trendy side of Vienna without clashing and give the city a unique vibe.

Since 1/3rd of the Austrian population lives in Vienna, the city has plenty of activities that constantly keep it booming with life. Besides its many museums and galleries, Vienna has an exciting nightlife, as well as hundreds of events throughout the year that are sure to keep its residents and visitors happy.

Although some people visit Vienna for the great food, others visit it due to its historic and cultural significance. Its architecture is almost unparalleled in the entire continent, with buildings with beautiful Baroque facades and centuries-worth of history that will leave every visitor in awe. Palaces are also aplenty in Vienna, and there are probably more than the average person can count.

The old mixes with the new and visitors will find in Vienna quaint little streets filled with luxury brands and bric-a-brac stores. Then there are the gigantic avenues and the seemingly never-ending gardens, filled with people enjoying the (mostly) good weather.

What to visit in Vienna

The St. Stephen’s Cathedral is probably the most iconic church in the whole country. Due to its height it is visible from most places in Vienna, and often used as a reference point. The church has several smaller chapels, as well as a grand total of 18 altars. 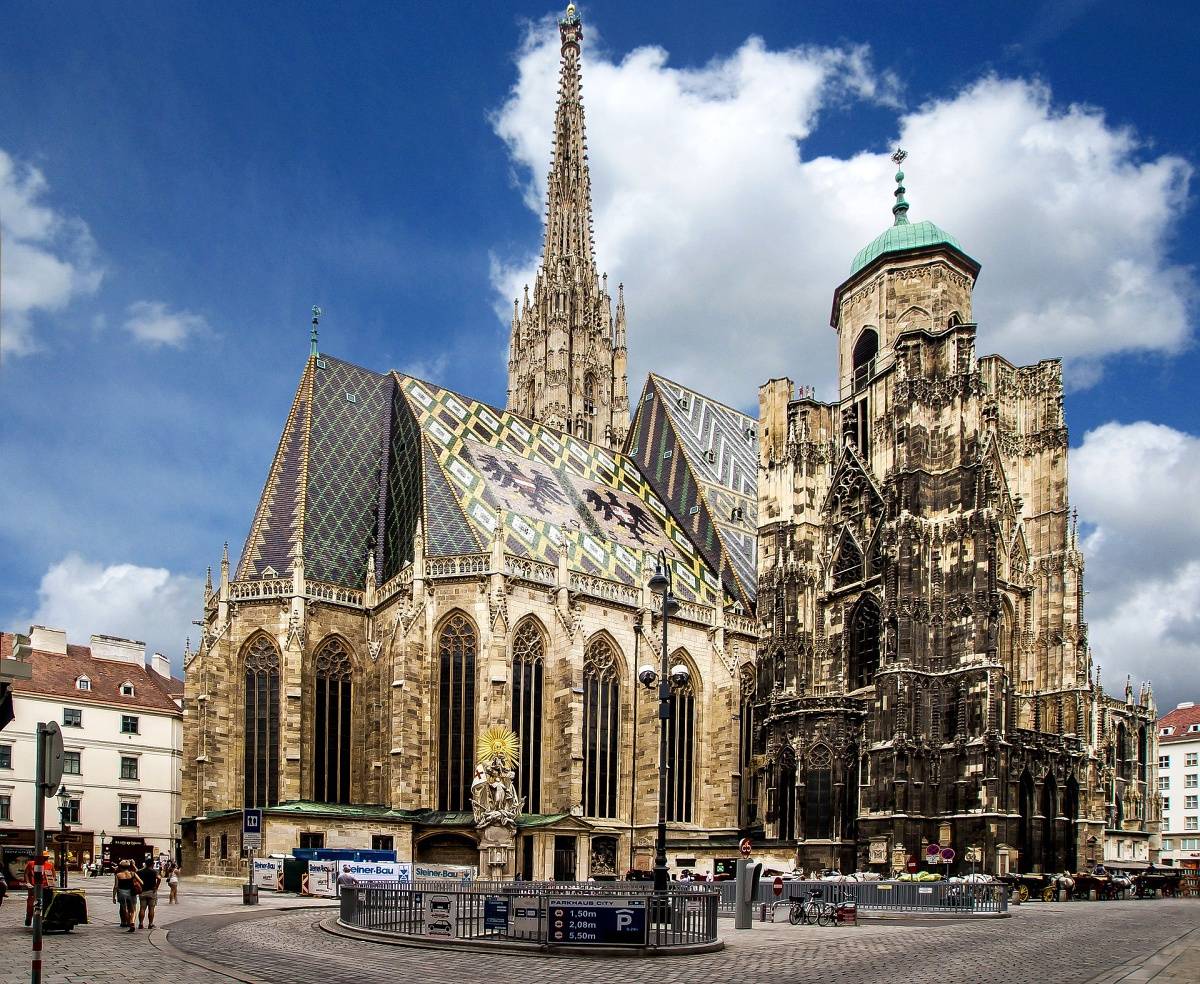 The Town Hall of Vienna was built in the 19th century in a Neo-Gothic style. It is similar to town halls in Belgium, with a gigantic tower standing at the middle. Visitors can go on one of the guided tours and marvel at the enormous rooms of this town hall. 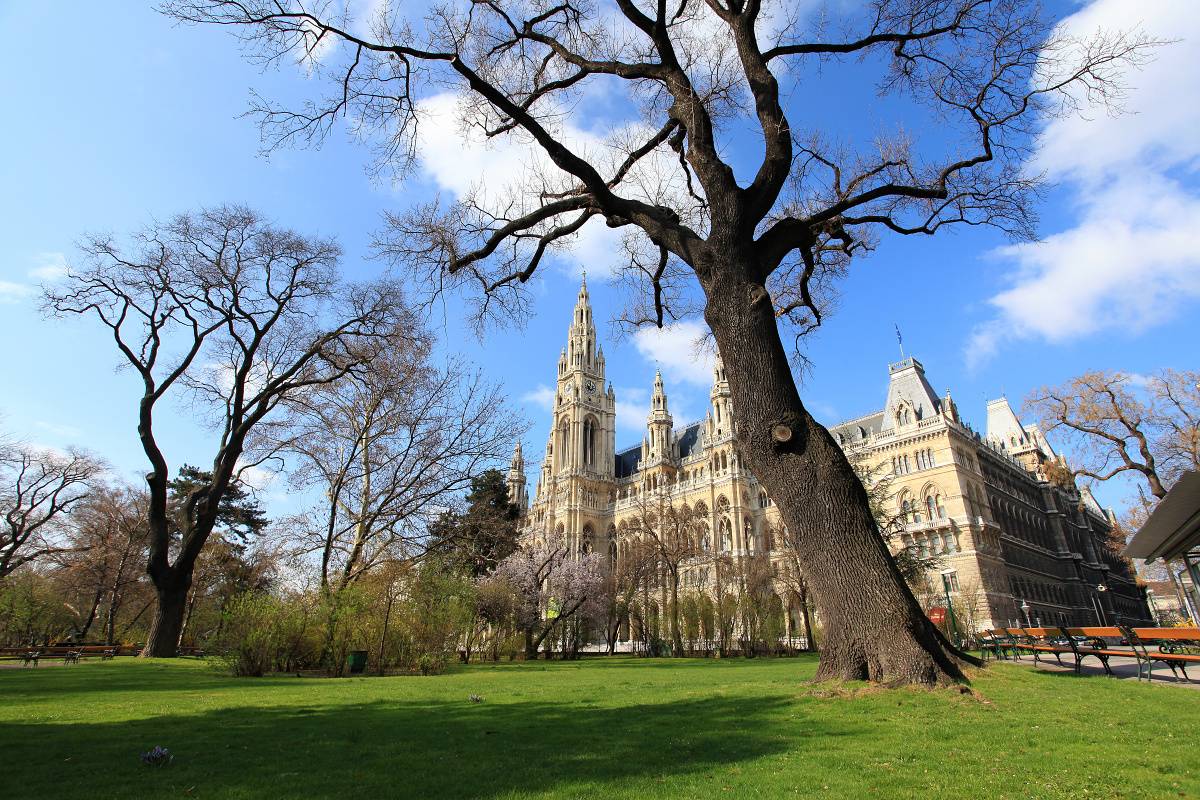 As most visitors will notice, Vienna kind of has a thing for colossal palaces. The Hofburg Palace is the official residence of the Austrian president, but tourists are free to take a tour of the complex and visit the old imperial apartments or the palace’s museum. 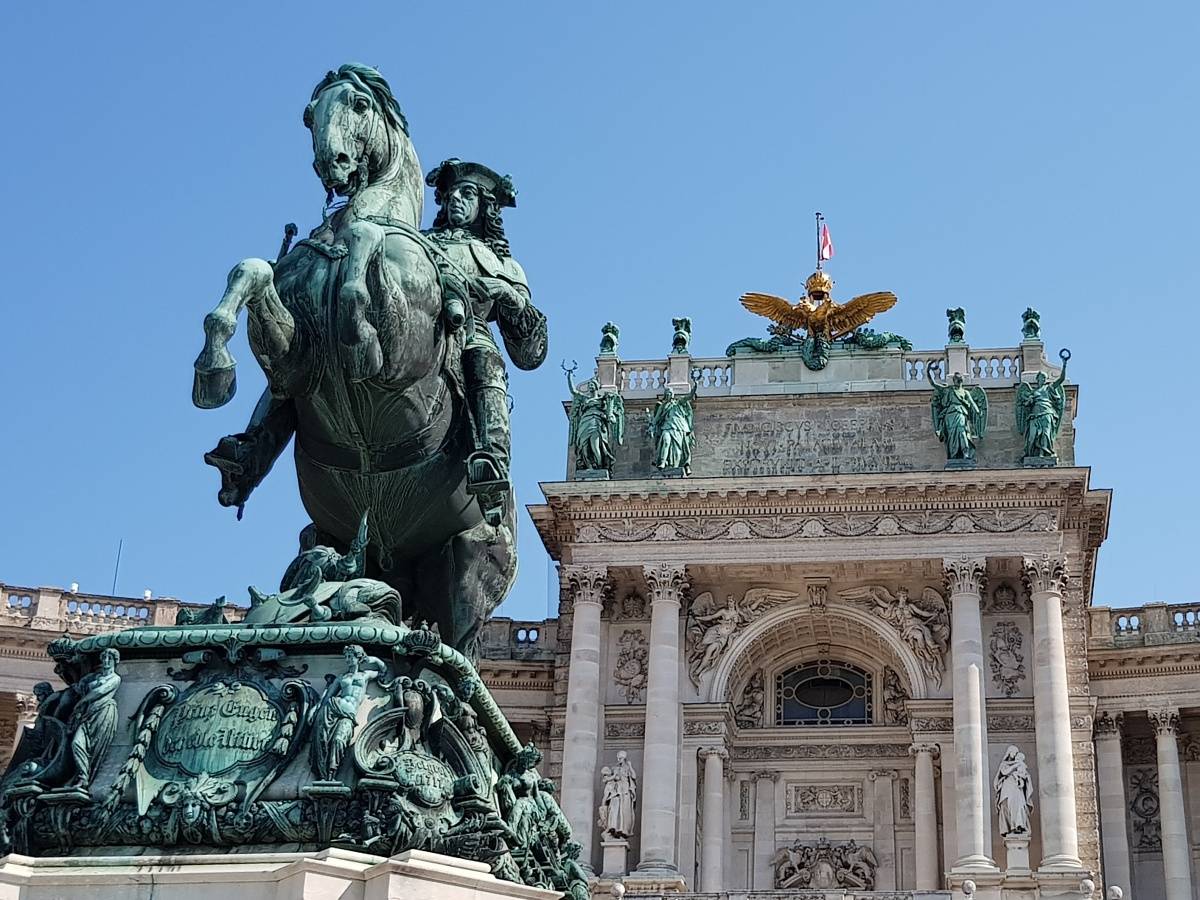 A part of the Schönbrunn Palace, the Schönbrunn Gardens are over a kilometer long and have several different sections. These gardens have beautiful flower displays as well as a legitimate hedge maze. At one end of the garden stands the Schönbrunn Palace and at the other end the Gloriette, a beautiful, classical, colonnaded building where you can relax and grab something to drink.

The picture shows the palm house and the botanical gardens in the Schonbrunn Gardens. 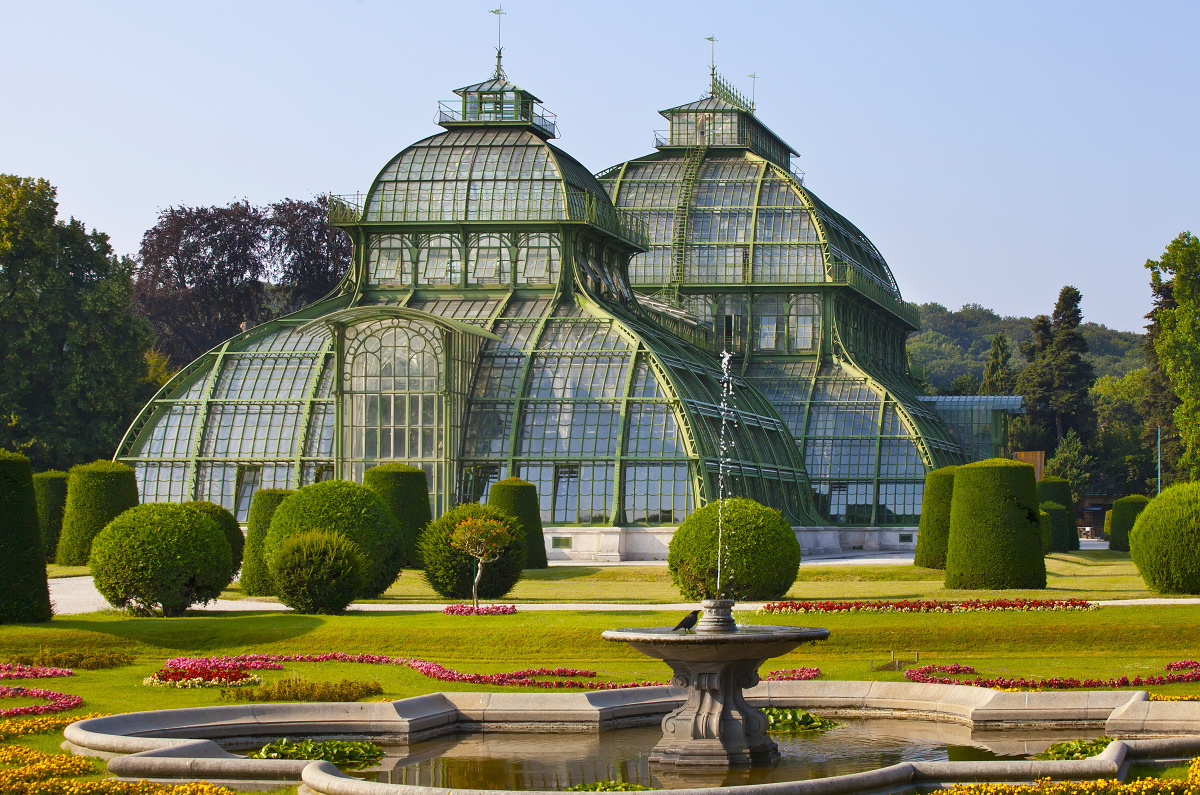 One of the main attractions in Vienna, the Schönbrunn Palace has been standing since the 1600s. It was the birthplace of several Austrian emperors and has over 1440 rooms. This colossal palace will leave its visitors awestruck with the sheer size of it and with its beautiful Baroque architecture. 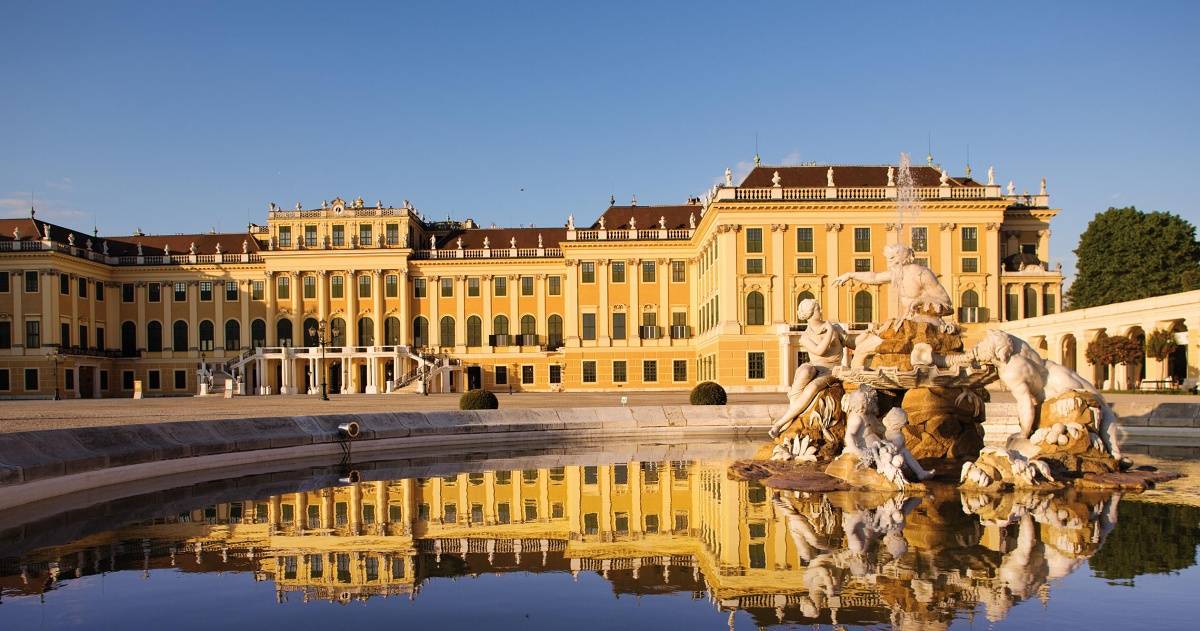 The Belvedere is a historic building complex in Vienna, Austria, consisting of two Baroque palaces (the Upper and Lower Belvedere), the Orangery, and the Palace Stables. The buildings are set in a Baroque park landscape in the third district of the city, on the south-eastern edge of its centre. It houses the Belvedere museum. The grounds are set on a gentle gradient and include decorative tiered fountains and cascades, Baroque sculptures, and majestic wrought iron gates. The Baroque palace complex was built as a summer residence for Prince Eugene of Savoy. 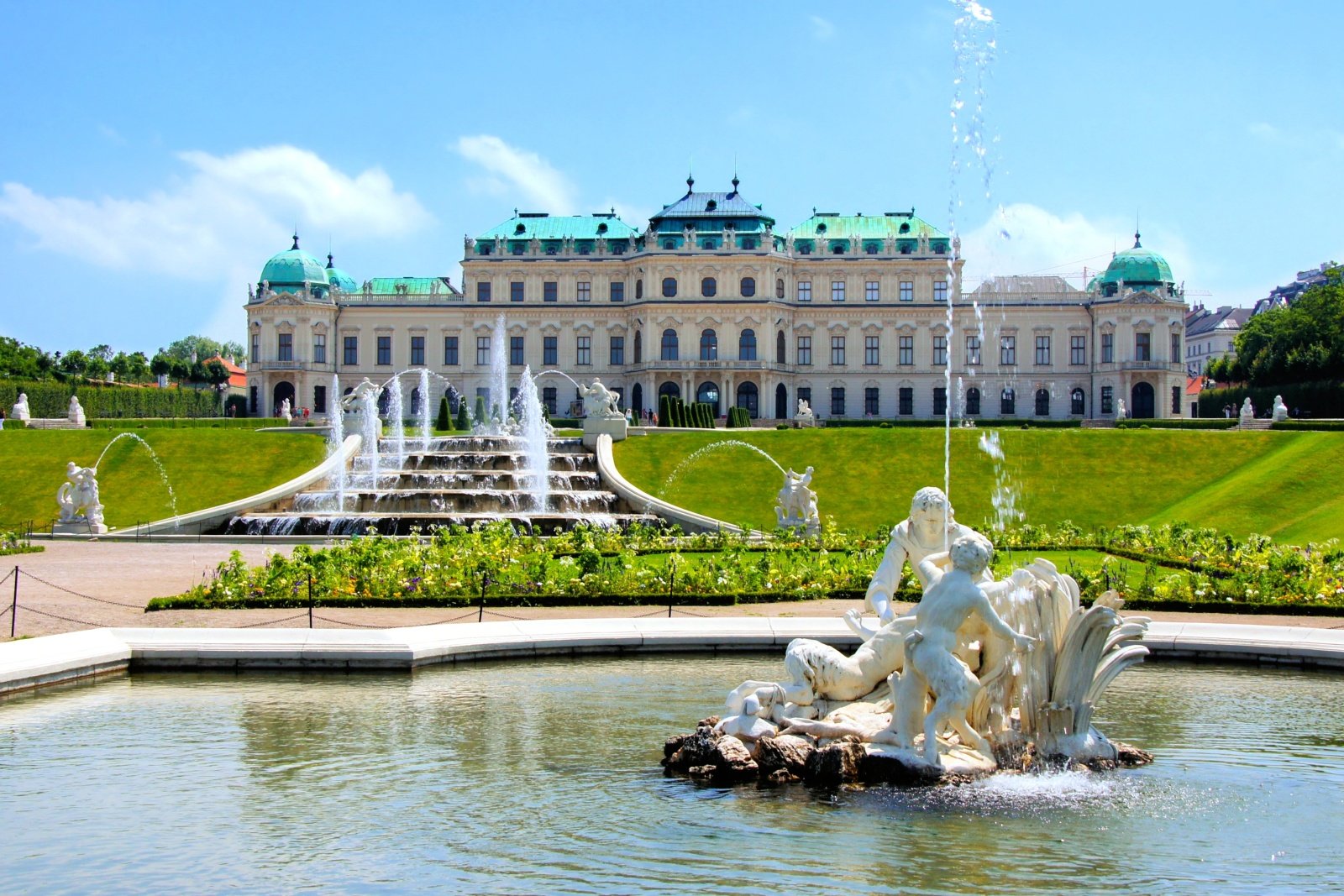 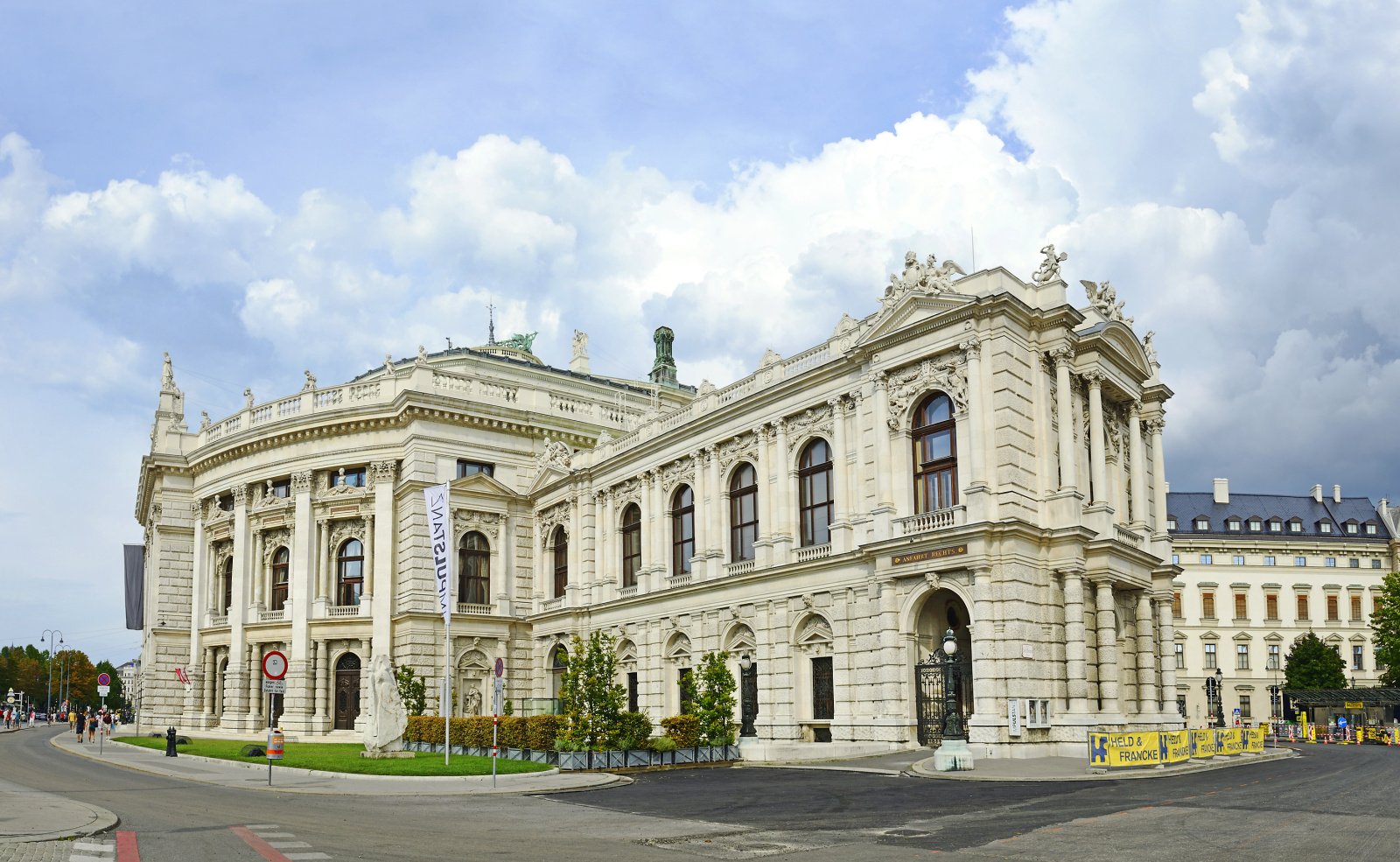 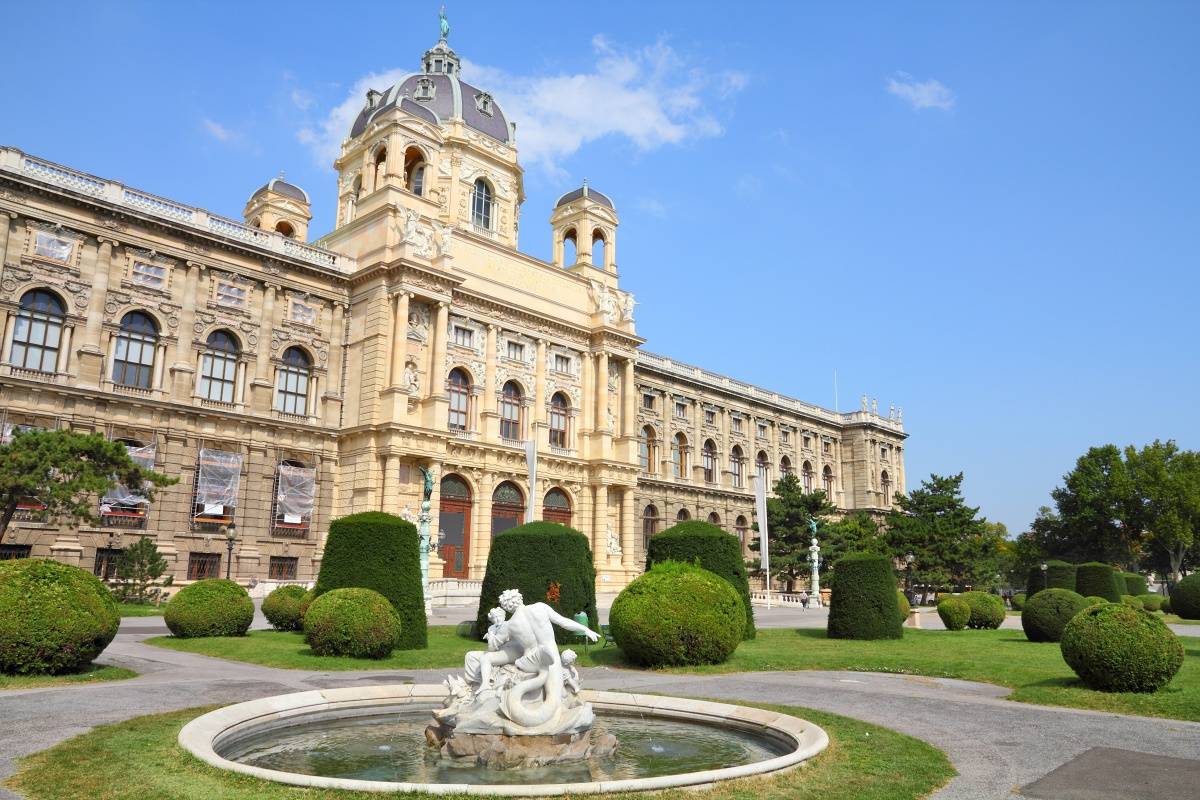 The building is located on the Ringstraße boulevard in the first district Innere Stadt, near Hofburg Palace and the Palace of Justice. It was built to house the two chambers of the Imperial Council (Reichsrat), the bicameral legislature of the Cisleithanian (Austrian) part of the Austro-Hungarian Empire. Since its construction, the Parliament Building has been the seat of these two houses, and their successors the National Council (Nationalrat) and the Federal Council (Bundesrat) of the Austrian legislature.

The foundation stone was laid in 1874; the building was completed in 1883. The architect responsible for its Greek Revival style was Theophil Hansen. He designed the building holistically, aiming to have each element harmonizing with all the others. He was therefore also responsible for the interior decoration, such as statues, paintings, furniture, chandeliers, and numerous other elements. Hansen was honored by Emperor Franz Joseph with the title of Freiherr (Baron) after its completion. Following heavy damage and destruction in World War II, most of the interior has been restored to its original splendour.

Reviews of transfers between Prague and Vienna