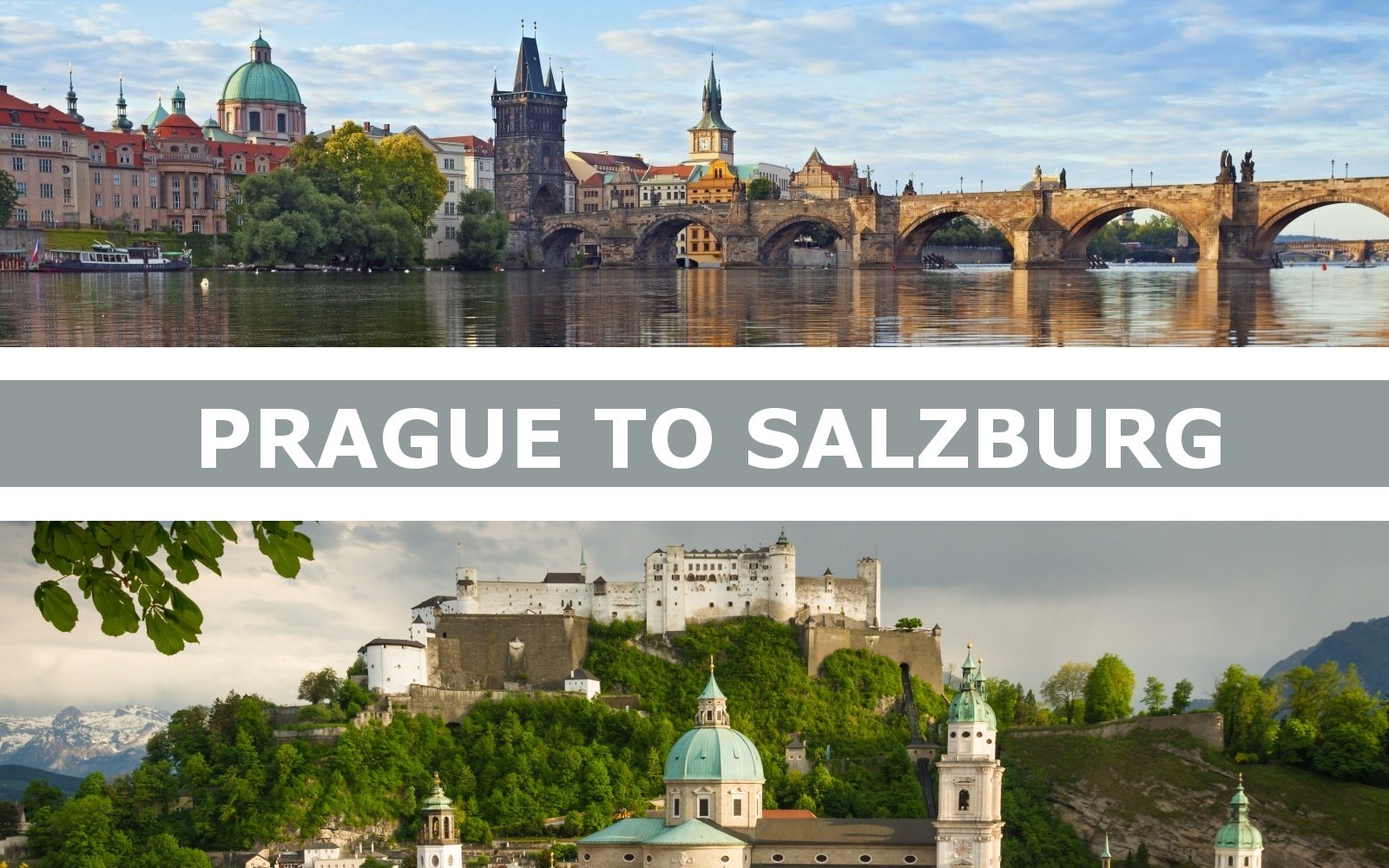 Located right next to the Alps, the Austrian city of Salzburg is a relatively small, but charming town with plenty to offer both culturally and historically.

Although it is perhaps better known for being the birthplace of one of the greatest composers of all time, Mozart, Salzburg was actually home to several famous musicians and artists. Musician Herbert Von Karajan, poet Georg Trakl, mathematicians Christian Doppler were born and lived in Salzburg.

Even though Salzburg’s musical connection is undeniable (the city was also large part of the set for the 1965 movie “The Sound of Music”), its major connection was with salt. Salt was so important to Salzburg that it actually gave the city its name. Salzburg means “Salt Castle”, and the name was due to the fact that the city was situated next to very important salt mines.

Salzburg is also widely known for its Baroque architecture, which has been thoroughly preserved even through World War II. Since the city suffered very little damage during the war, most buildings are preserved in their original conditions. The architectural significance of the city made UNESCO give the Old Town of Salzburg the status of a UNESCO World Heritage Site in 1997.

Since the city is not very large, it is recommended for shorter stays. If you visit it for one or two days, you will not run out of things to do. If you stat longer, there is a chance that you will love it so much that you will never want to leave.

What to visit in Salzburg

Also known as the Hohensalzburg Castle, the Salzburg Fortress was home to the rulers of Salzburg for hundreds of years. The Salzburg Fortress overlooks most of Salzburg and offers amazing views of the city. There are several artifacts inside its many wings for tourists to explore and the funicular makes visiting the imposing fortress a breeze. 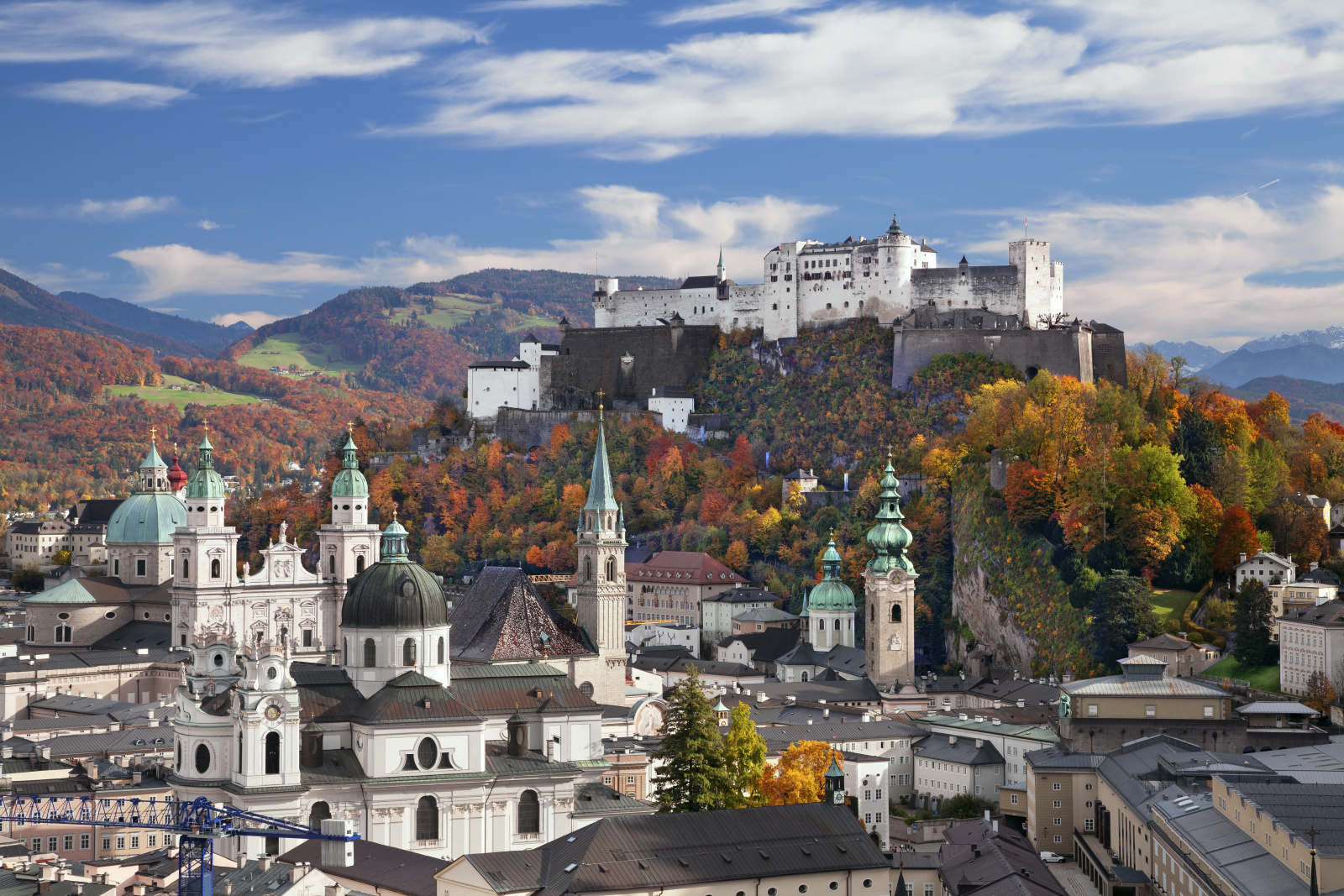 The Old Town (or Altsadt) of Salzburg is mainly composed of Baroque and medieval buildings, which makes it a wonderful place to get lost in. This Old Town is one of the largest World Heritage Sites in the entire world, and has plenty of historical buildings and beautiful streets for visitors to admire. 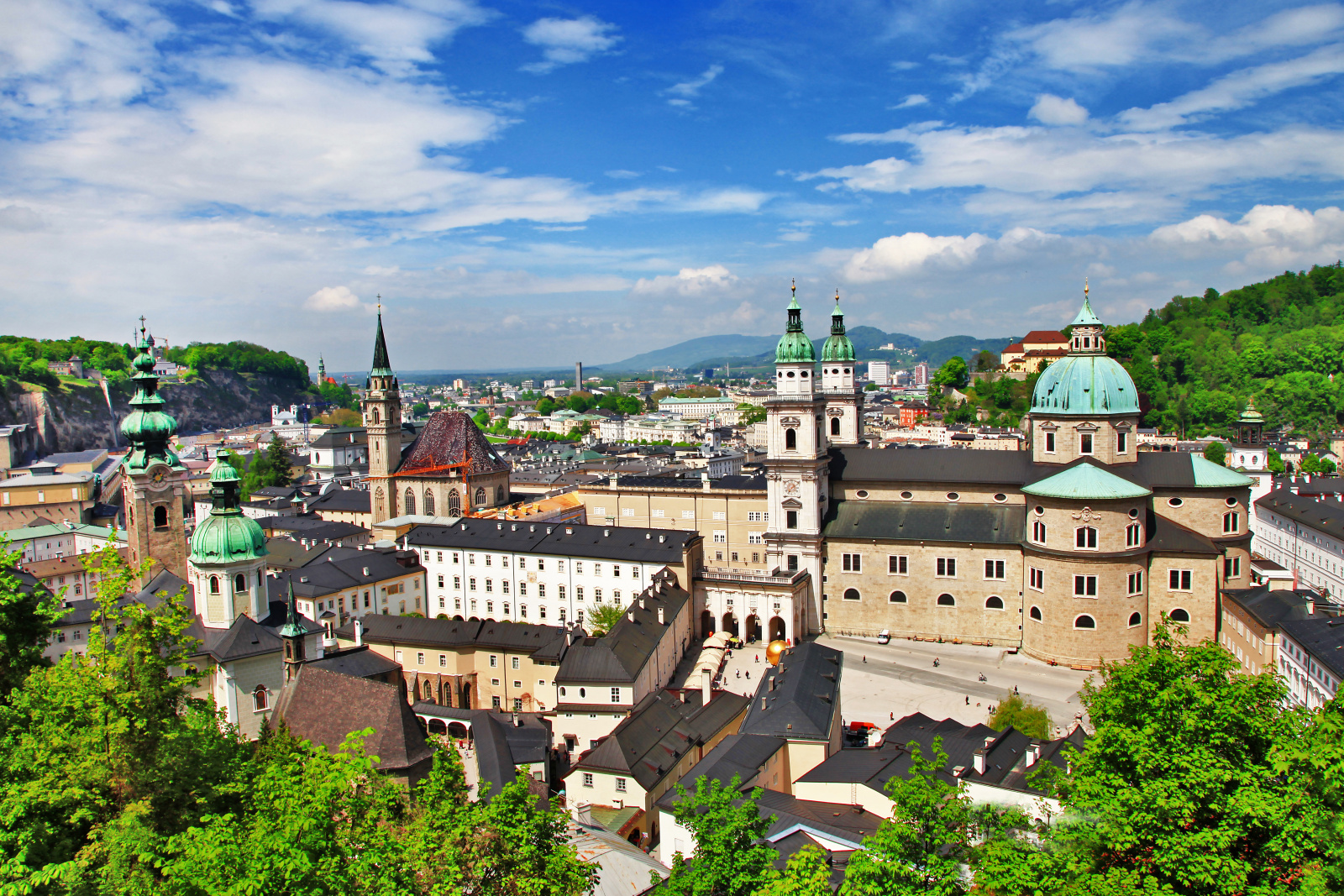 There’s no denying the fact that Mozart had a big influence on its birthplace. The building where Mozart lived with its family was reconstructed to be an almost exact replica of the original building and houses a museum about Mozart and its life. The museum has biographies of the Mozart family members and displays of their day-to-day life.

Demolished and rebuilt a few times since it was originally built in the 8th century, the Salzburg Cathedral is today a pristine example of a Baroque-style Cathedral. Its architecture is not very complex, neither in or outside, but is wonderful to look at. Inside there is an antique organ and a gigantic fresco in its dome.

Can be found as a part of the Castle complex 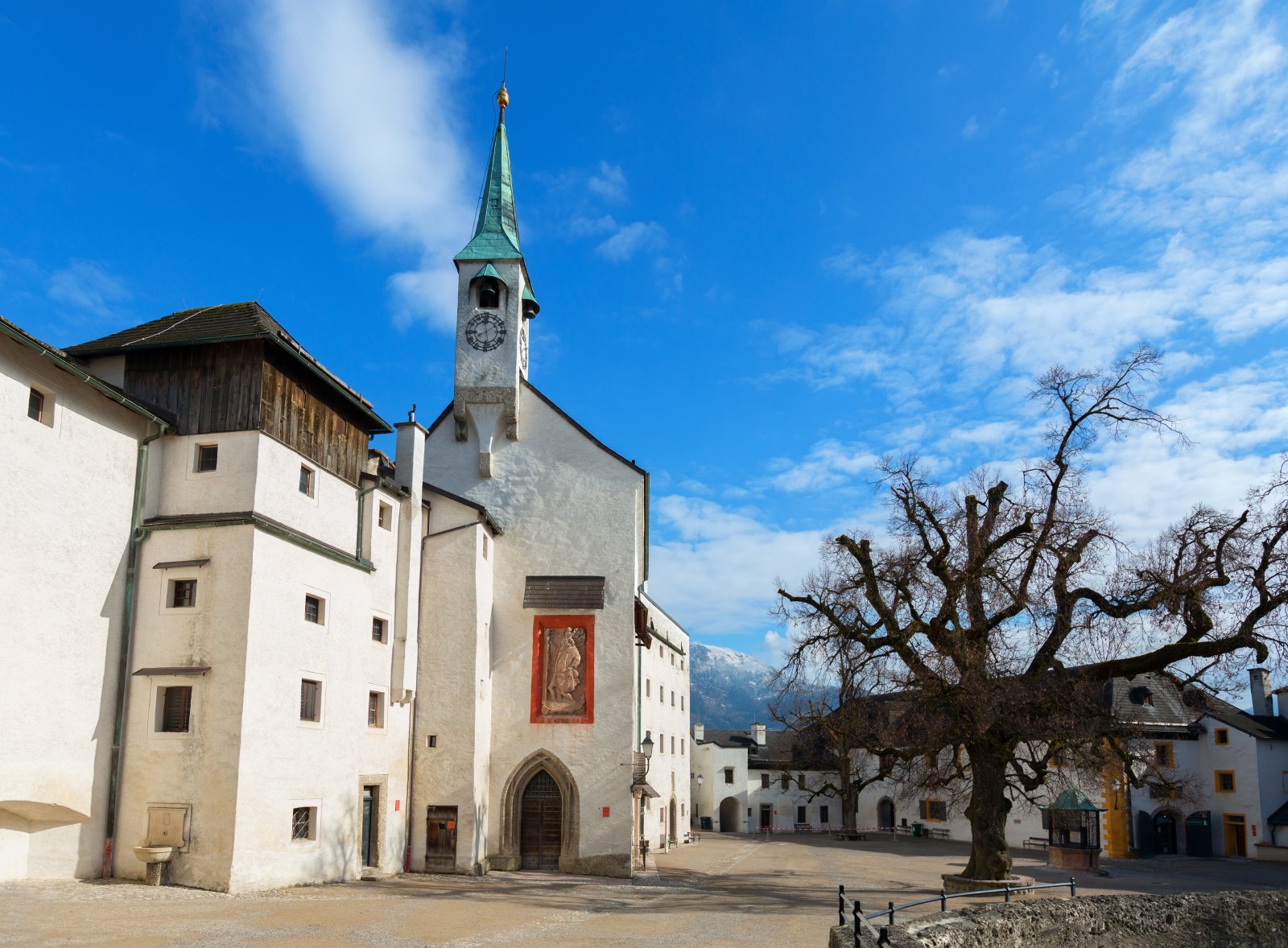 Kapuzinerberg is a hill on the eastern bank of the Salzach river in Salzburg, Salzburgerland, Austria, which rises to an elevation of 640 metres.

On the way of the Linzergasse to the monastery are standing 13 oratories with the way of the cross, which were built up between 1736 and 1744, a memorial place for Wolfgang Amadeus Mozart and the old Paschinger Schlössl, known as the former house of Stefan Zweig.

The different old artillery bastions from 1629, which are distributed around the mountain, the military tower of the Felixpforte and the long military walls with their small fortified towers (Auslug) were built in the time of the Thirty Years' War, and are majority are kept well.

On the crest of the mountain, attainable with a drawbridge, there stands the Franziskischlössl. Today it is a small restaurant.

Adolf Hitler wanted to establish a gigantic Gauburg, a stadium and a festival house on that mountain. The end of the war forestalled it however and the Kapuzinerberg is still free of intensive land development. 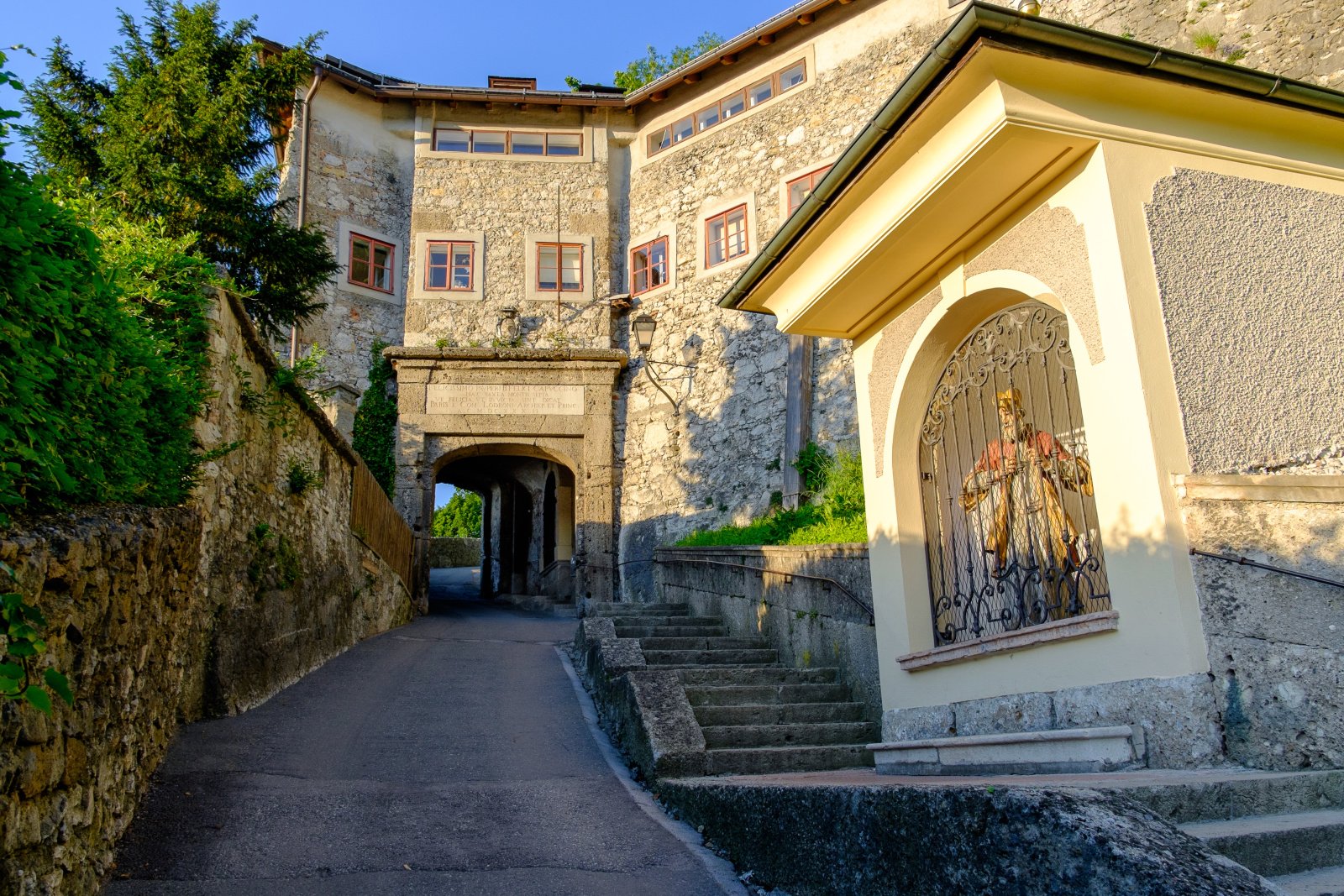 Reviews of transfers between Prague and Salzburg