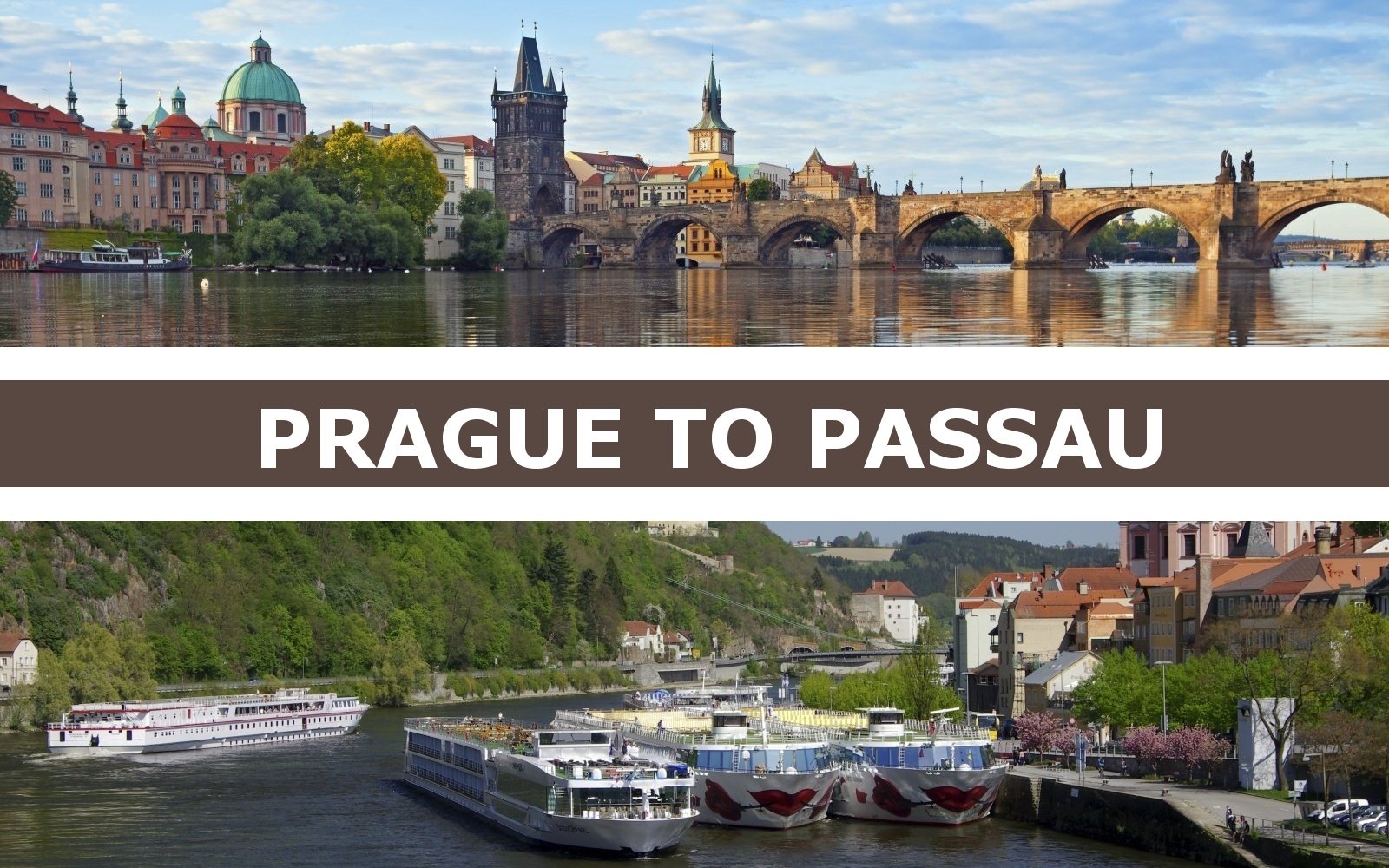 Since Passau is located at the confluence of the Inn, Ilz and the Danube rivers, it is a very popular stop for tourists on river cruises. The three rivers surrounding the city have also made Passau widely known as the “City of Three Rivers”.

Passau is the most favorite destination and pick up point for river cruise travelers. There are several river cruise ports in Passau. The most common location is at the Fritz Schaffer Promenade right in the heart of Passau. Second popular port is known as Passau Racklau Winter port. Typically used by Viking river cruises. The third port on the Danube in Passau is located in area called Lindau near the Lidl store a little bit out of the city. Our chauffeurs are familiar with all the locations. Picking up guests or dropping off is done right to the entry bridge of the river cruise ship.

Founded over 2000 years ago by the Celts, Passau is a city overflowing with history. However, due to a large fire in 1662, most medieval buildings were destroyed. Still Passau is filled with old historical buildings — after the fire the city was rebuilt in a Baroque style, which gave it its current charm and beauty.

Due to its proximity to Austria, tourists also stop in Passau on their way to or from the border. Passau is also very close to the Czech Republic and is a popular transportation hub. The train that serves Passau has its last stop at the city before it reaches Austria, and there are plenty of buses to and from Austria or the Czech Republic.

With a population of 50 000 people, Passau is not exactly booming city. If you are used to the likes of Berlin, this Bavarian town will disappoint you with its nightlife. However since 10 000 of Passau’s inhabitants are students, there is still plenty to do during the night. There are several pubs and bars in Passau.

Passau is also famous for its beer. There are five breweries in the city, which you can tour. Alcohol is generally cheap in Passau, although it is cheaper to buy beer at a supermarket than at a bar. Due to its close relationship with beer, the city hosts one of the many German beer festivals, the biannual Volksfest. The festival attracts people from the entire country and from Austria and the Czech Republic as well.

Although its not a popular spot for backpackers to stay at (as a matter of fact, there is only one hostel in Passau), the city is excellent for a daytrip or for a quick-stop on your way to or from one of the neighboring countries. If you are on a train from Austria to Germany, be sure to stop at Passau and you will not regret it.

What to visit in Passau

The St. Stephen’s Cathedral has the largest catholic church organ in the entire world. The organ has almost 18 000 pipes and is the biggest organ in Europe. Visitors can attend an organ concert, which lasts for around 30 minutes. Besides its musical offerings, St. Stephen’s Cathedral is also an excellent example of Baroque architecture, and is sure to leave its visitors impressed. 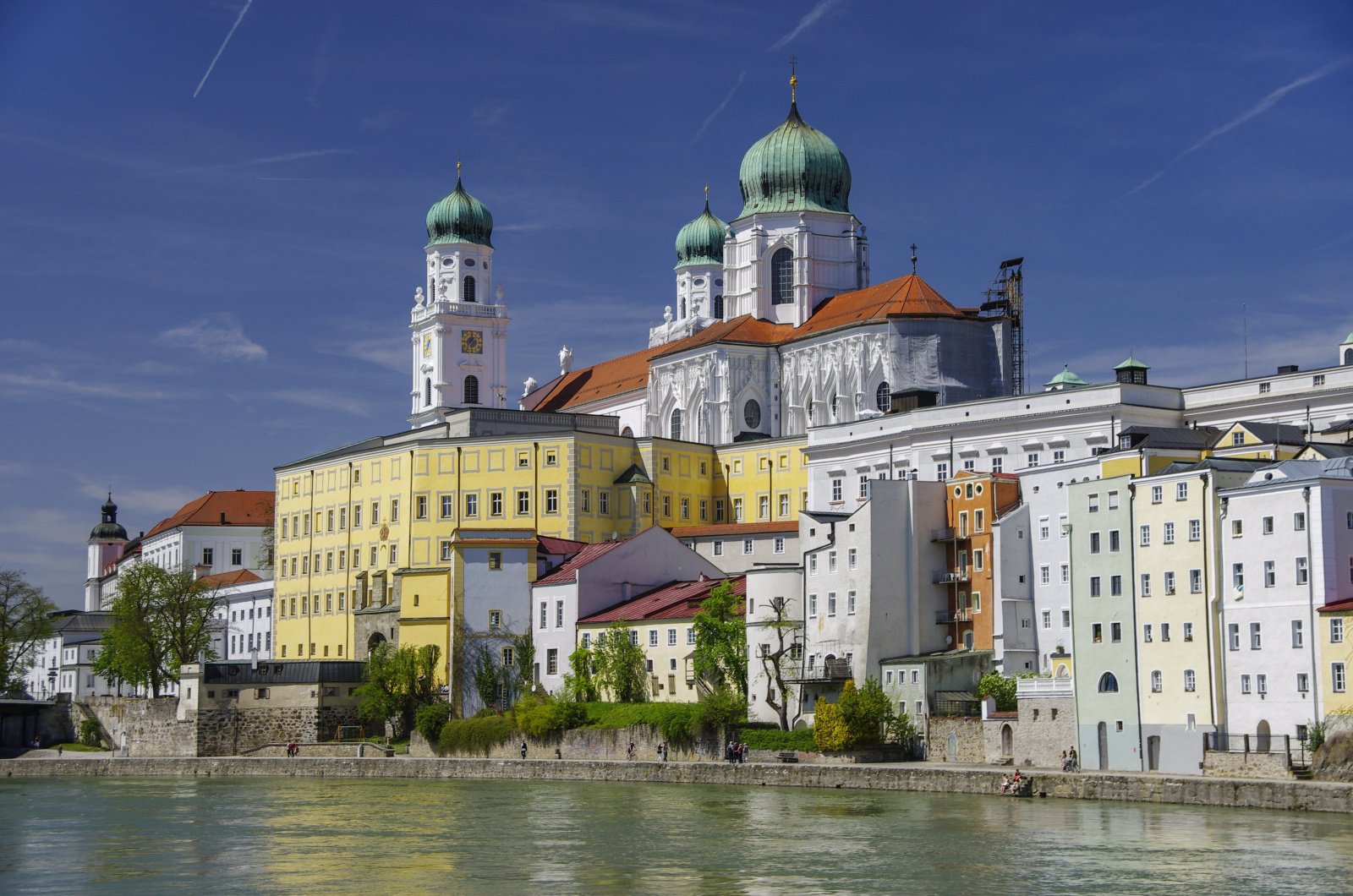 The Old Town of Passau is a must visit on your trip to Passau. The charming cobblestoned streets might remind you of Italy more than Germany, but their beauty is undeniable. If you look closely, you might notice a few marks with dates on it on the side of some buildings — they mark the water height during several floods throughout Passau’s history.

Reviews of transfers between Prague and Passau