Transportation between Prague and Dresden by comfortable cars and minivans; all cars are air conditioned and fully insured; drivers speak English; we are available to collect travelers from Prague as well as from Dresden; private chauffeurs with own cars; faster and more comfortable than train or bus from Prague to Dresden; minibuses are provided at competitive rate to train from Dresden to Prague or first class bus tickets from Prague to Dresden; larger groups of 3+ passengers can benefit of door to door transportation at cost of a first class train or bus ticket 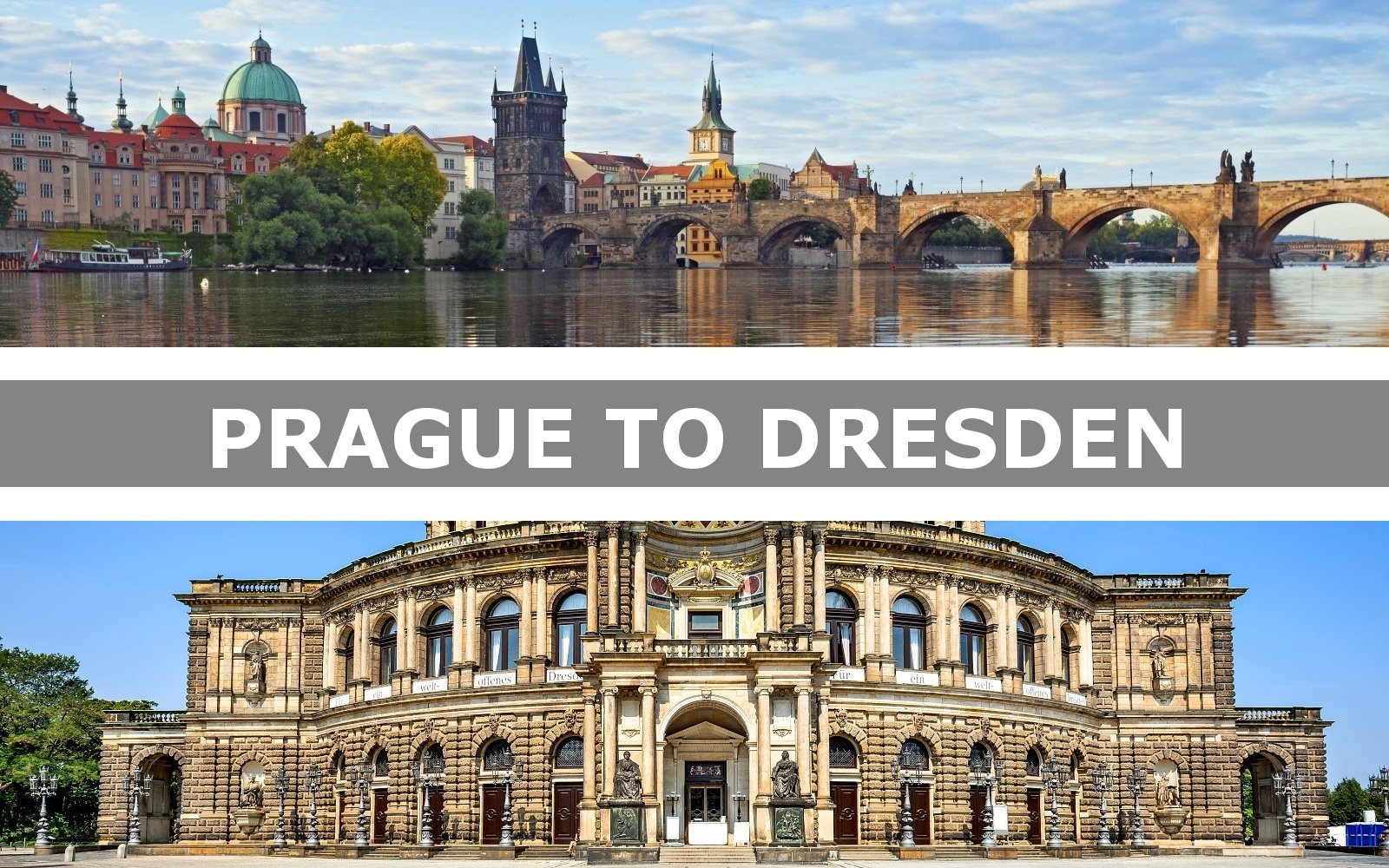 Once known as the “Venice of the River Elbe”, or as the “Florence of the North”, Dresden is not the city it once was, but it still is a magnificent city with plenty of architectural wonders.

It is almost impossible to believe that Dresden was completely razed by the Allies during World War II and that the rebuilding efforts turned it into one of the most beautiful cities in Germany, but the proof is in front of every visitor’s eyes. A former hallmark of Baroque architecture, Dresden’s history is a painful, yet hopeful one.

The city was home to Saxon princes and kings and most buildings dated back to the Wettiner reign, however almost 80% of the historic center was destroyed during the War. Despite the destruction and the casualties (which are still remembered every year), the rebuilding process brought the city center to its former glory, even though some buildings are still undergoing maintenance.

Perhaps its most iconic symbol, the Frauenkirche, the Church of Our Lady, was totally destroyed during World War II. Despite its destruction, its materials were preserved and used to rebuild the famous church. This story also applies to several other buildings in the center.

Besides being filled with history, Dresden has so many attractions that tourists will not be able to see them all in a single day. Although the city center is perfectly walkable, some attractions are a bit further and will require transportation. However, this should not be an issue, since our chauffeurs are familiar with Dresden.

What to visit in Dresden

The Church of Our Lady is an exquisite piece of Baroque architecture and should be visited by everyone that visits Dresden. Originally completed in 1743, the Fraunkirche was completely destroyed during World War II. The rebuilding process only started in 1994 and used most of the material of the original building. The rebuild was completed in 2005 and the Fraunkirche was been Dresden’s most famous attraction ever since. 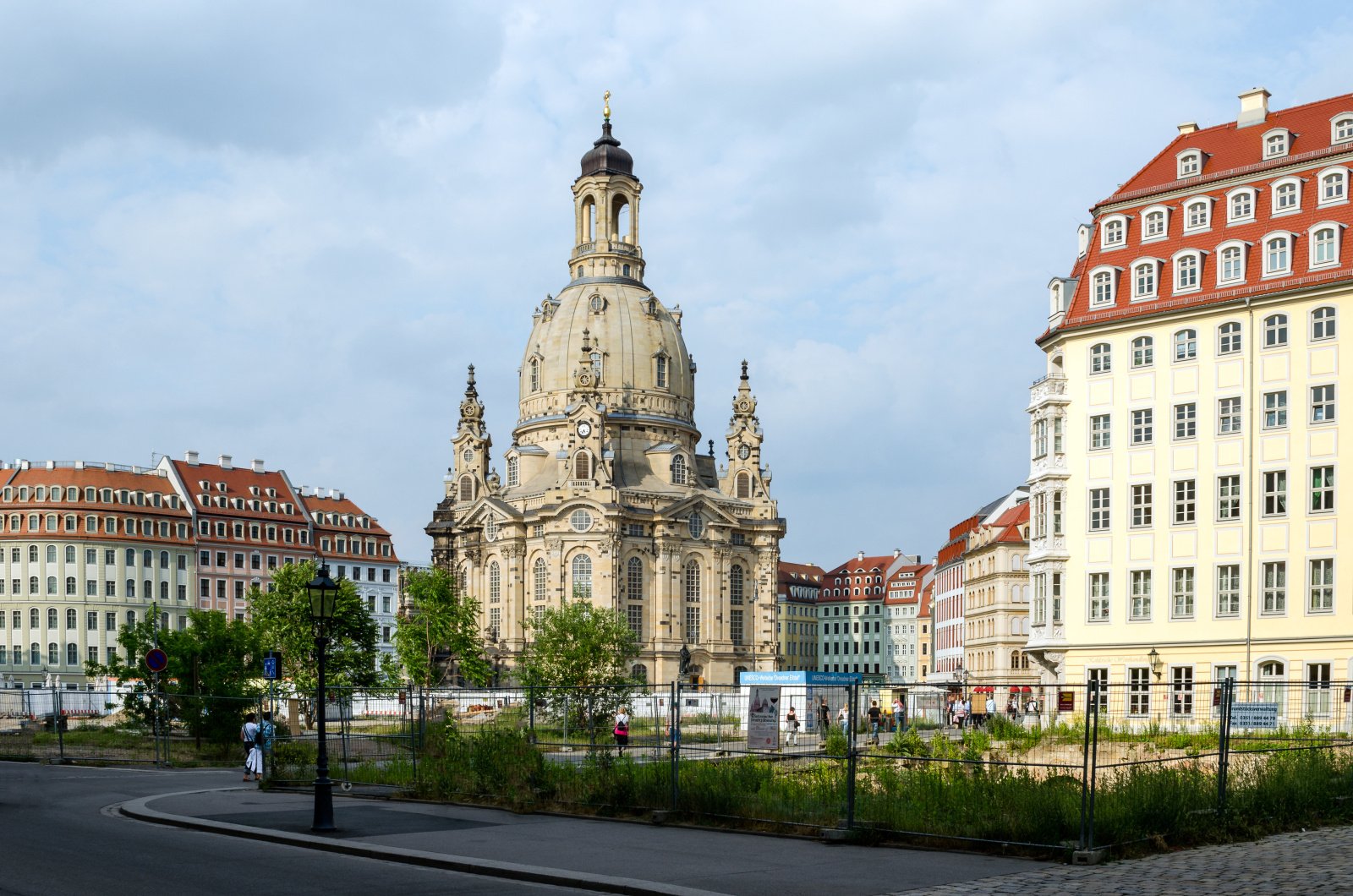 The Zwinger Palace houses several museums and galleries inside. The palace itself is a hallmark of Baroque architecture and should be seen both from the inside and the outside. 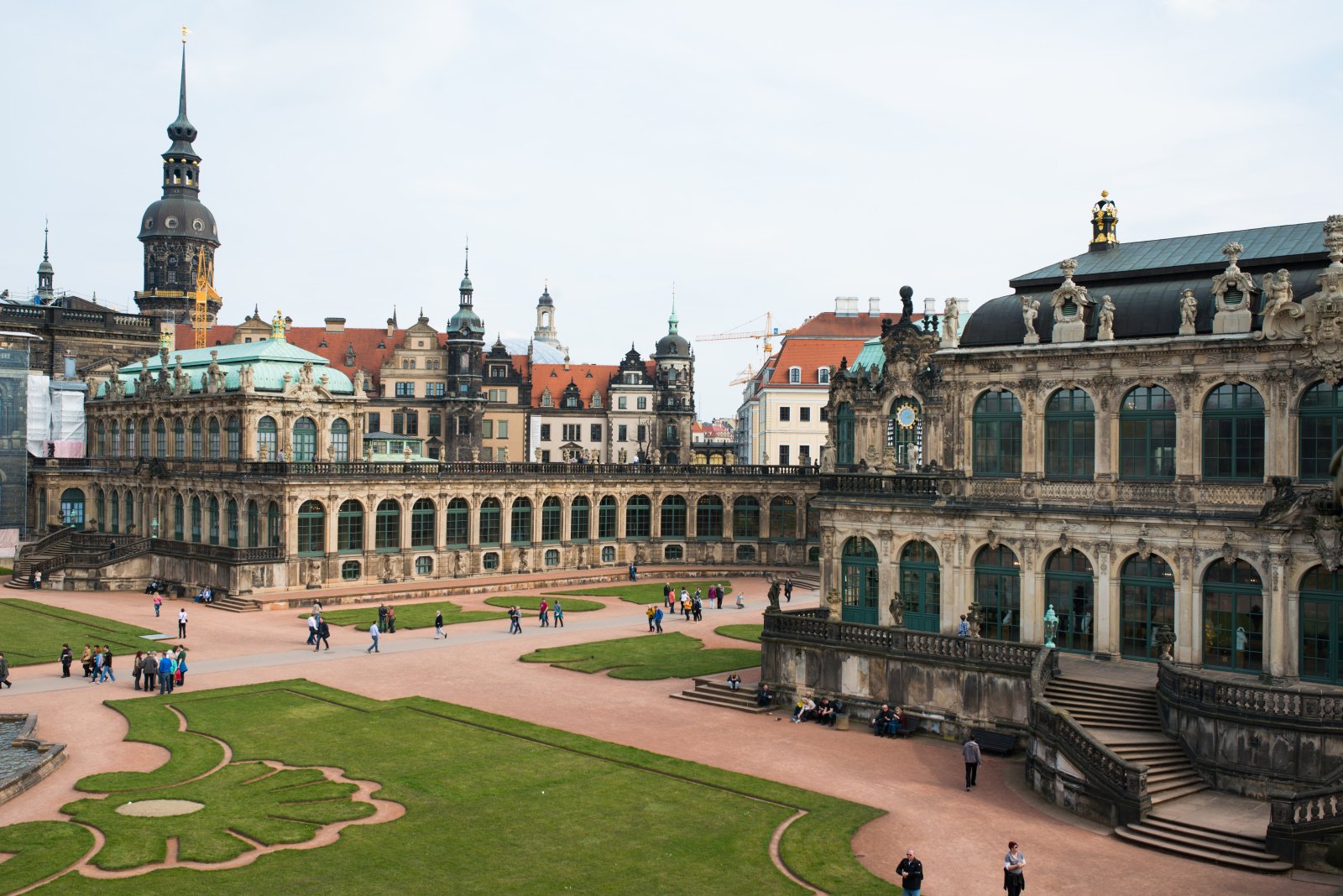 The Semper Gallery, or Sempergalerie, is one of the most exquisite Renaissance art collections in the entire world. This gallery houses works by famous Renaissance painters such as Rembrandt, Rafael, Vermeer and many other masters. 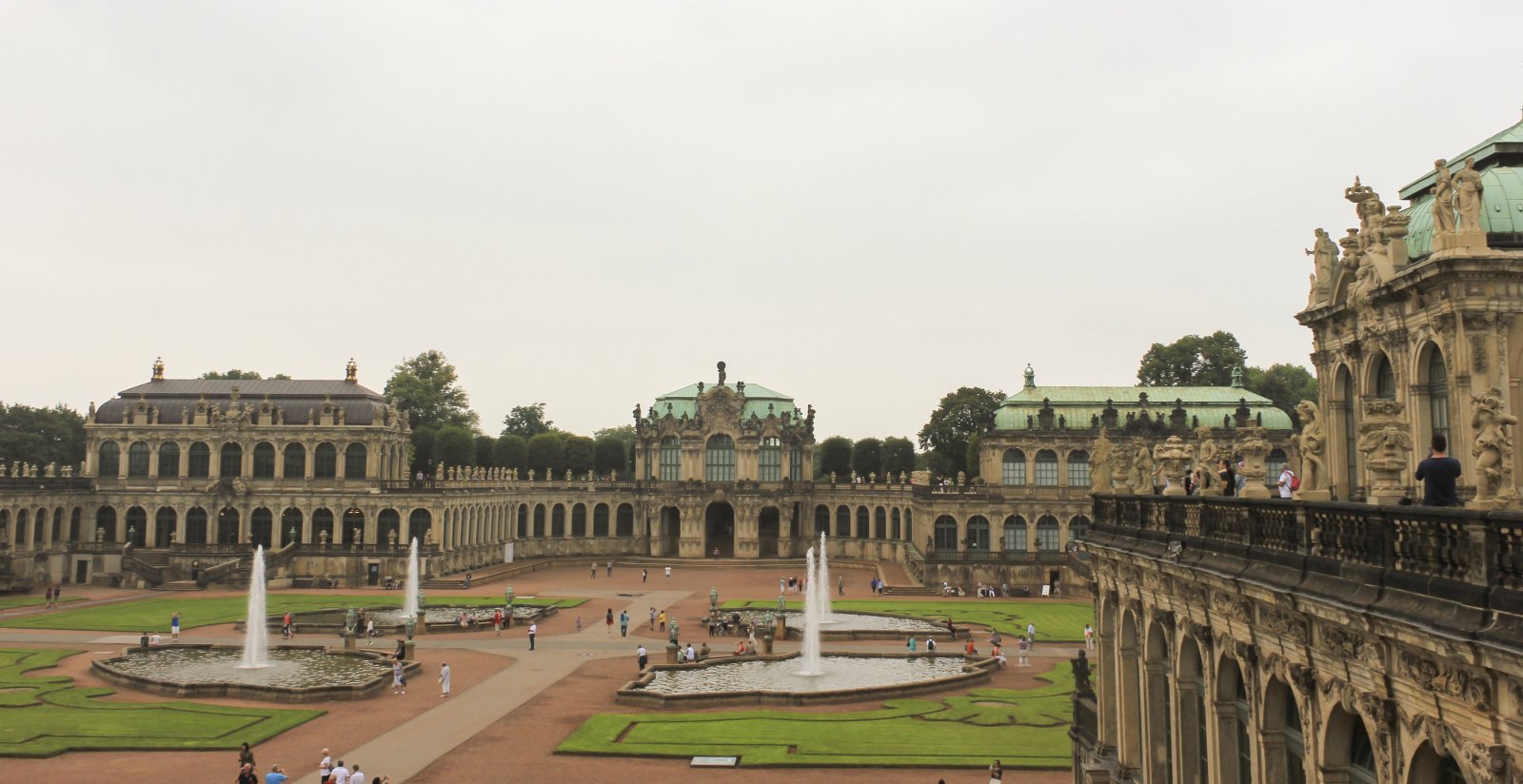 This opera house combines Baroque and Renaissance architecture and is another famous attraction. Both the Semperoper and the Sempergalerie are named after their architect, and one of Germany’s greatest, Gottfried Semper. The opera house is decorated by several statues of famous writers and dramaturgs, such as Shakespeare and Goethe. 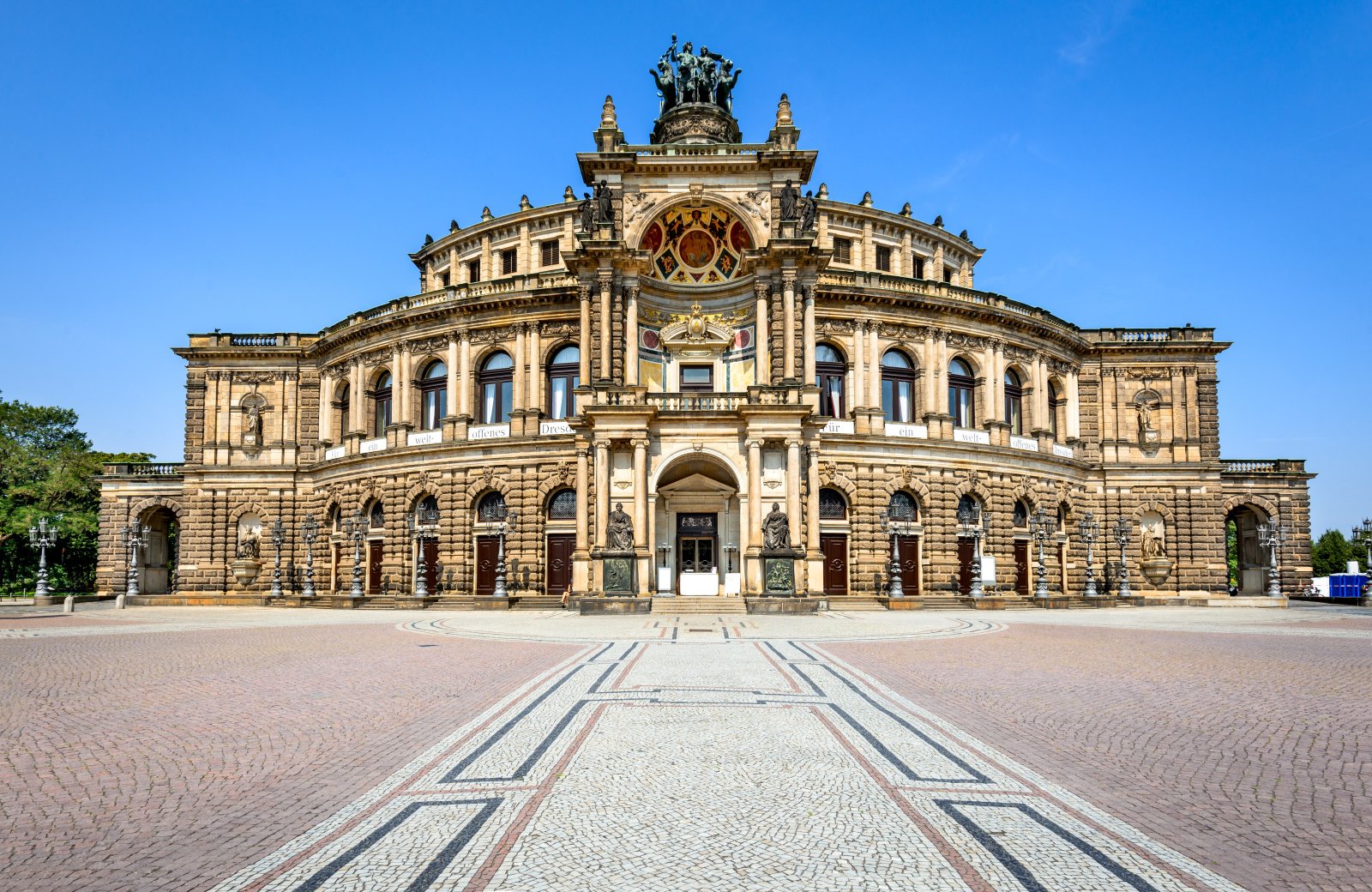 The Royal Palace is where most important historical artifacts and treasures are stored. Besides serving as a storage room for the crown’s treasures, the Dresden Castle also houses several museums, like the Dresden Armory and the Turkish Chamber.

Reviews of transfers between Prague and Dresden