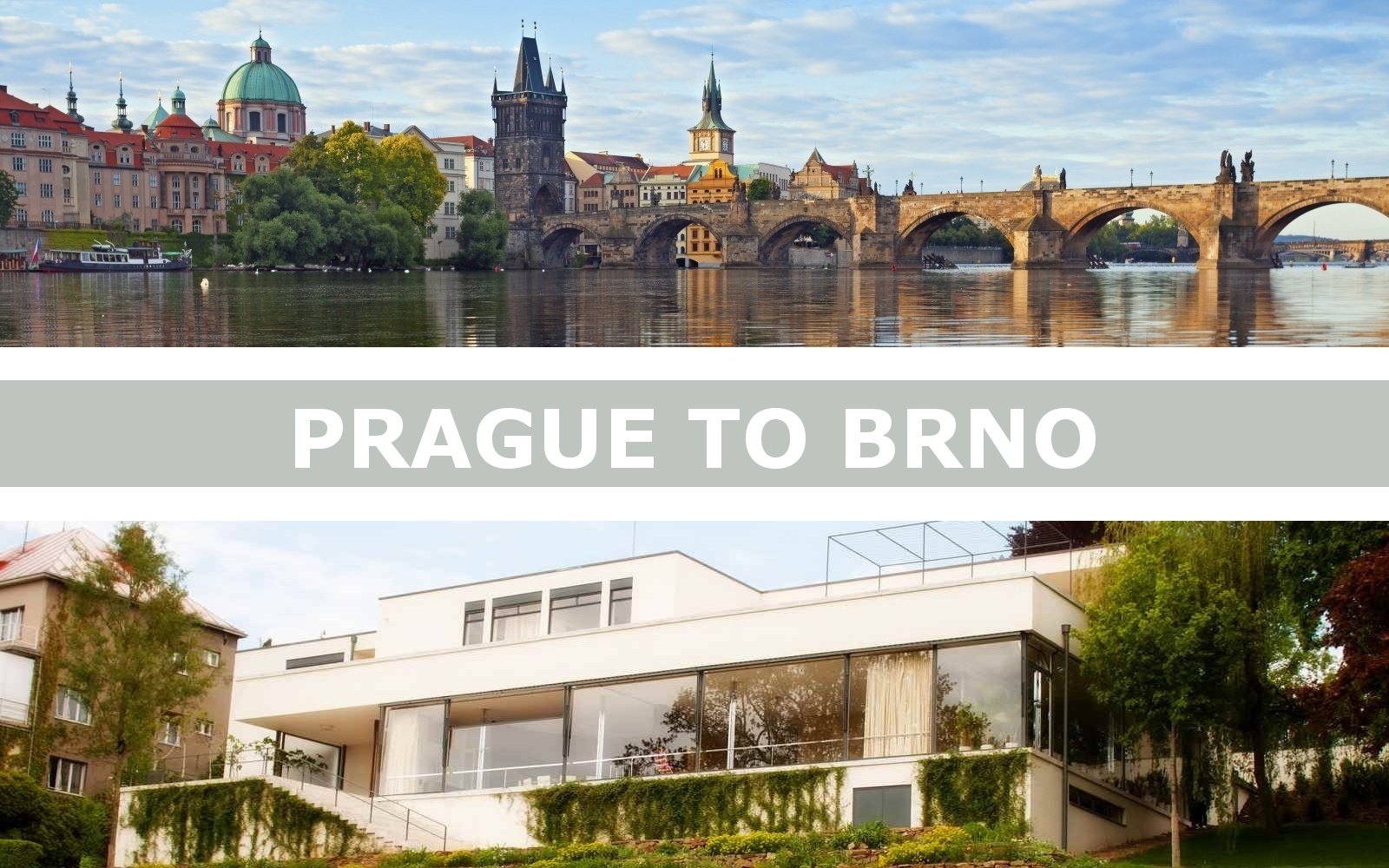 Brno is the capital of South Moravian region. Its population nearing the 400 000 cap. Brno is strategically positioned within central Europe and thus it as important transportation hub for cargo and passenger transportation across Europe. Brno operates an international airport in Turany.

Brno is known to be the city of universities. There are over 86000 students studying at 14 universities and living in 3 campuses.

Recent technological and architectonic development attracted a lot new investors. The city developed on every level: science, trade, research and innovation. Brno became important trade center with its exhibition grounds organizing many trade fairs and exhibitions throughout the year. To name a few the most important: GO Travel fair, Mobitex the furniture and interior design fair, Motosalon the international fair of motorcycles and accessories, Amper – trade fair of electrotechnics, electronics, automation, communication, lighting and security techs. There are plenty of other fairs related to caravaning, wine production, minerals and fossils as well as vintage car festivals and the Christmas markets.

Tourists are invited to visit many historical as well as modern building, like the already mentioned Villa Tugendhat, Spilberk Fortress, but also complex of underground tunnels, corridors and cellars or the St. James Church.

The race circuit near Brno organizes several international races and championships such as Czech Grand Prix. Car and moto racers can meet during various events organized at the race track.

What to visit in Brno

One of the most iconic villas in the world, Villa Tugendhat is a prime example of the modern movement in architecture of the 1920's.

It was designed by the famous architect Mies van der Rohe and is a UNESCO World Heritage Site.

Villa Tugendhat is located in the wealthy district of Černá Pole in Brno and was commissioned by Fritz and Greta Tugendhat in 1928.
Construction began in the summer of 1929 and was completed in two years.
However the Tugendhats were only able to enjoy the villa for 8 years. Since they were both Jewish, they had to flee Czechoslovakia with their children under threat of the Nazi regime.

The villa was confiscated by the Gestapo in 1939 and suffer heavy damage during World War II. After the war, it was used by the Soviet military as living quarters.
The couple would never live in the villa again. However, in later years, Greta Tugendhat returned to the villa with an architect from the Mies studio to restore the villa to its original glory.

Villa Tugendhat became famous not due to its history, but due to its irreverence. The villa completely ignored the trends at the time with its innovative use of space and its overall aesthetic concepts.
Besides the bold-for-its-time exterior, the interior of Vila Tugendhat was also irreverent. Its furniture was also designed by Mies van der Rohe, who always had in mind his principle of “less is more”.
The building’s emphasis on functional amenities also makes it a good example of the early stages of functionalism architecture, which was also revolutionary at the time and helped the villa become an icon of modernism. 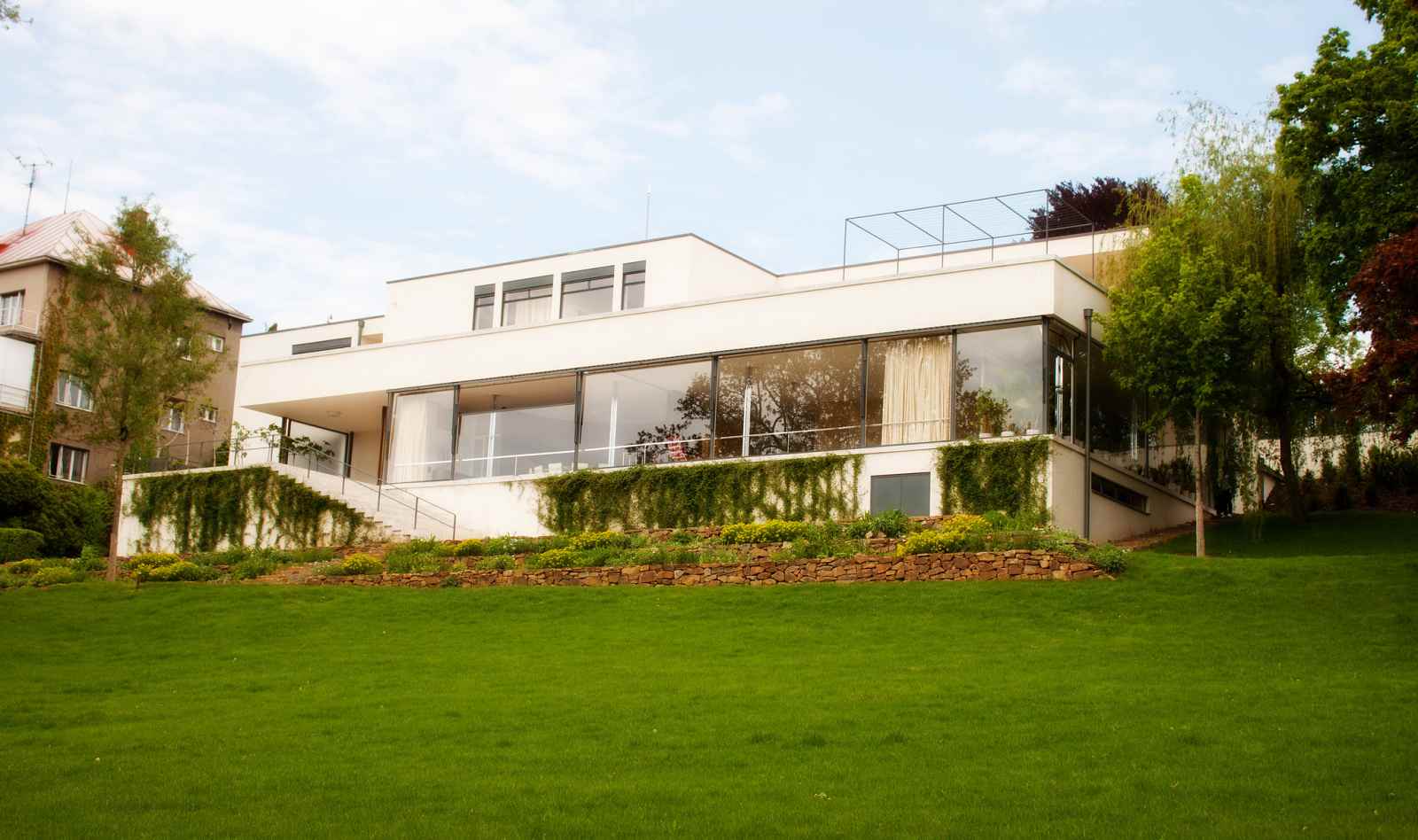 Spilberk can be found at the top of the hill of the same name. Spilberk Castle was founded in 13 century by Premysl Otakar II. It was meant to protect the Czech and Moravian lands. It was a military fortress until the late 18th century, when it go transformed into a jail by the emperor Joseph II. It is often referred to as the "jail of nations".

There are amazing views of Brno city available from the Castle fortification walls. One can find the City Museum in the Castle grounds as well as fifteen-bell carillon, a lookout tower and the Holy Trinity chapel.

St Peter and Paul cathedral is undoubtedly the most significant sacred building of the Moravian region. The Cathedral - also known as Peterov - like the hill on which it lies was built in 11th - 12th century.

The beautiful structure undergone several rebuilding and expansions. At the time of the foundation there was a Romanesque chapel, later a small church with an apse and a crypt was added to the complex. In the 13th century the church grew to Romanesque basilica. Remains were discovered during the archaeological study in 20th century. As time passed the church was rebuilt in the early Gothic style. The 18th century a dded the baroque interiors designed by Moric Grimm. Current altar dates back to 19th century.

Like other places in Brno the St. Peter and Paul Cathedral is shrouded in mysteries and legends... 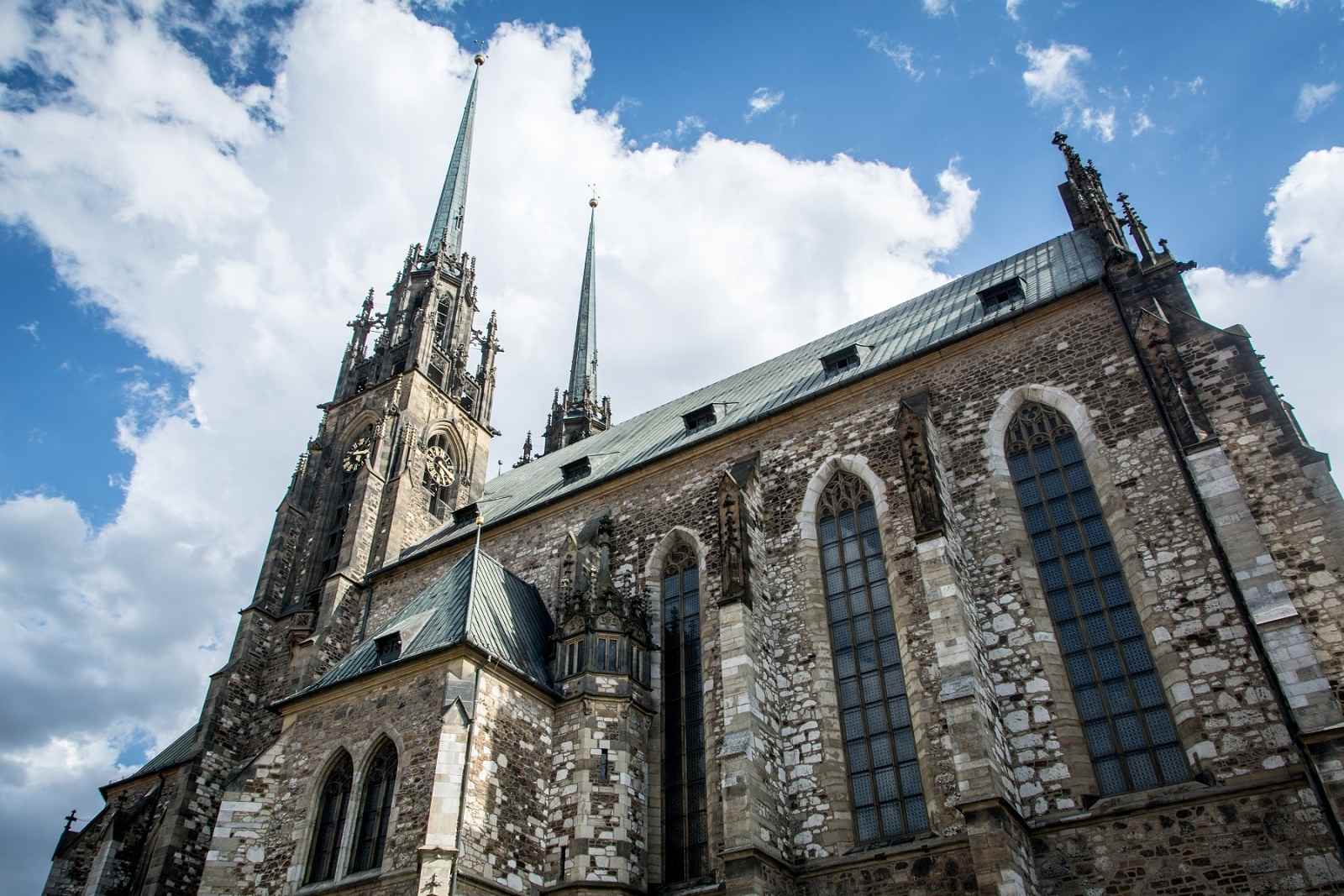 There are plenty of beautiful squares in Brno. To name the most important: Silingerovo namesti, Dominican square, Capuchin square, Moravian square and the Freedom square.

Zelnak - as the Vegetable market is called in Czech or Brno dialekt - has been a place for locals to buy fruits, vegetables and flowers.

There is the entrance to the underground maze found in the lower part of the square.

The square is dominated by a Baroque fountain called the Parnas.

Reduta - one of the oldest theater buildings in central Europe - with Wolfgang Amadeus Mozart statue at the entry point, can be found at the Zelnak market. 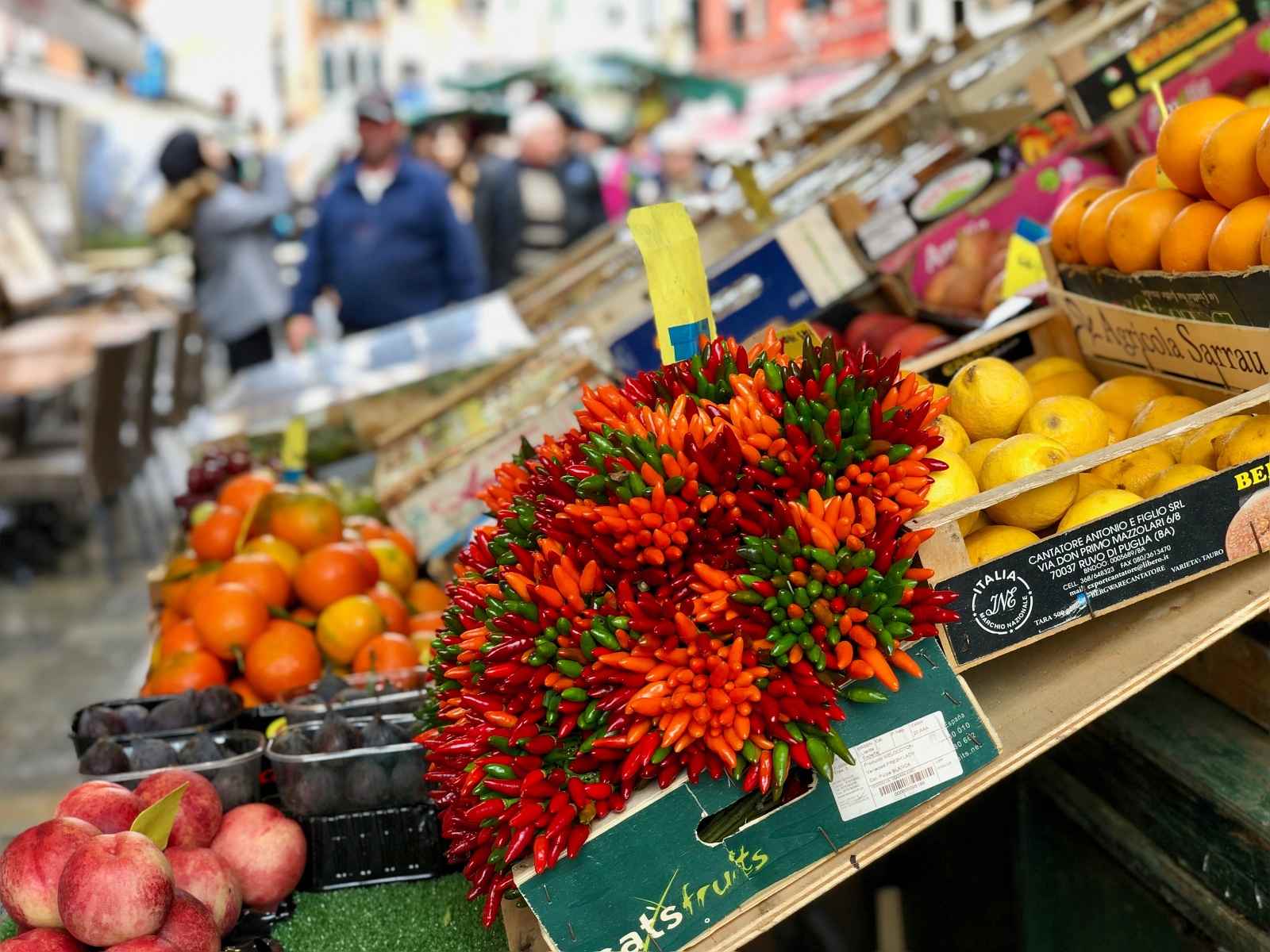 Labyrinth Under the Vegetable Market

Hidden 6 - 8 meters below the ground you can find complex of corridors, cellars and underground rooms. The labyrinth is opened to public. During the excursion visitors are shown old techniques to keep the underground lit and also how to use the space to store food, wine and beer.
The tour will take you to alchemist's laboratory, where you can learn about doctors, pharmacists and physicists, who lived in Brno over the course of history.

A part of the tour is display of torture instruments as well as description of various punishments for thieves and dishonest merchants.

An old wine cellar reminds us of winemaking tradition that was held in the regions for centuries. 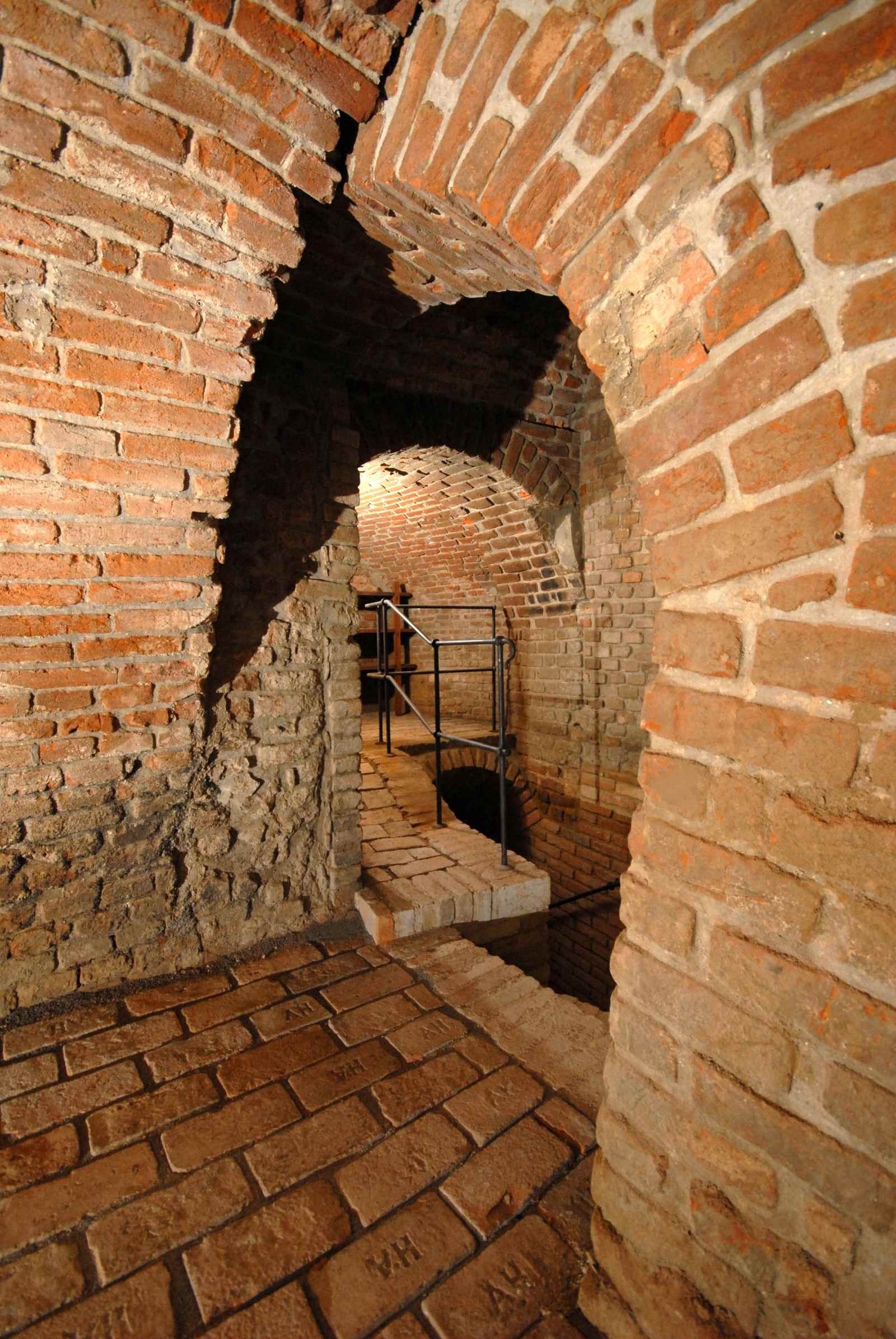 Reviews of transfers between Prague and Brno